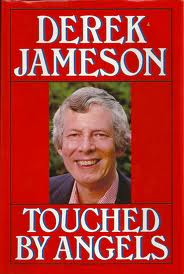 Sid Yobbo….Do they mean him?

Derek Jameson died on Wednesday. His death was reported yesterday; I suspect most people had forgotten about him.

It is Friday today; I suspect most people have forgotten about his death. Yet he was very famous. In his time. Being one of the most famous people in Britain is always just a raindrop in time on a small island at the edge of the North Atlantic Ocean.

I think, when I was at college, he may have been one of our guest lecturers. Perhaps more than once. I really can’t remember.

Yet he was editor of three national newspapers – the Daily Express, Daily Star and News of the World. Then he became a famous voice on radio, a famous face on TV, had his own series – several of ’em’… And – one of the best signs of fame for a populist personality – Private Eye created a name when they regularly lampooned him – Sid Yobbo. They called him that because of his strong Cockney accent and what were seen as his ‘down-market’ tastes.

He was the sort of person Guardian readers – and, indeed, Private Eye readers – always sneer at.

It was snobbery masquerading as… Well, it wasn’t even really bothering to masquerade as anything. It was just out-and-out snobbery. The chattering classes of Islington did not like him because he spoke with a ‘cor blimey’ accent, was someone who had the proverbial common touch, was much-loved by ‘the masses’ and did not go to Oxbridge.

On BBC Radio 4, it was once said he was “so ignorant he thought erudite was a type of glue”.

But you don’t get where he got by being ignorant nor by being unintelligent.

He was an orphan who grew up in care homes, became a Fleet Street (ie newspaper industry) messenger boy at the age of 14 and made it to the top of his very prickly tree… by which I mean it’s full of pricks.

He may have been a horrible man… or a nice man… I have no idea. But he was vilified in the minority circles of up-their-own-arse media luvvies because he was seen as ‘common’ and because what he did was read, watched, listened-to and liked by more millions than have ever heard of any Booker Prize winner.

“I appeared as a guest on one of his Jameson Tonight chat shows on Sky TV,” John told me yesterday.

“At the time, Sky had only been running a short while and Derek’s show had only been on air a matter of weeks. It was pre-recorded and then screened about an hour later.

“The show was recorded before an audience at the old Windmill Theatre, which had been turned into a television production studio and renamed Paramount City. The audience, it seemed to me, were literally ‘hooked off’ the street outside!

“When I was a guest on the show, we had the rehearsal/run through session and drifted off to have tea and biscuits before getting ready for the taping.

“Other guests on the show that night included actress Shirley Anne Field, Don King the American boxing promoter and Maria Elena Holly (Buddy’s widow). While I was waiting to follow them into Make Up, I asked Derek what the ratings for his show were. After careful consideration, he told me:

“Well, as we are new ‘ere, in England, it’s not really registered ‘ere yet, cos there are not a lot of folk who’ve got SKY ‘ere so far but… I’m told we are really shit hot in Murmansk!

“He was a true down to earth trouper and I shall miss him because – unlike a lot of them – he was for real. What you saw, is what you got. R I P Derek.”

As an afterthought, John Ward added:

Now there’s something Derek Jameson would never have said.

But the world, as always, has turned and changed. Now we have Google Translate. But no Derek Jameson.