It was officially sanctioned and supervised by internationally-renowned Andy Dunlop, president of the World Egg Throwing Federation – himself a former Dutch National Russian Egg Roulette Champion and 2012 Birdman of Worthing winner.

Russian Egg Roulette will be back at this year’s increasingly prestigious Malcolm Hardee Comedy Awards Show on 23rd August in the ballroom of The Counting House in Edinburgh.

The official rules are fairly simple, if messy:

Individual challenge against an opponent on a knock out basis. Players sit opposite each other, across a table. A tray containing 6 specially selected eggs will be proffered. 5 hard-boiled, 1 raw. Each player takes it in turn to select one and then smash the egg onto his or her own forehead until one player finds the raw one. The finder of the raw egg loses the game or match.

Today I feel honoured – indeed, humbled – to announce that, after long and careful consideration, the World Egg Throwing Federation has decided that this year’s contest at the increasingly prestigious Malcolm Hardee Comedy Awards Show will be given the official accolade of Scottish National Egg Roulette Championship.

This morning, he and a team of top English egg throwers scrambled to get on a plane bound for India where, next week, Team England will be facing the might of India in a historic First Indian Test Match in the Russian Egg Roulette Series.

Andy told me yesterday: “The four of us have honed our skills in reiki, aura differentia and egg divining.  We won’t be relying upon luck.”

The match itself will take place in Amritsar, which Prime Minister David Cameron yesterday visited barefoot.

But I can reveal today the shocking truth that Team England will include a non-English ‘ringer’ – Scotsman Norry Bell, who has been brought in to boost England’s chance of success because, well, frankly, because the Scots are better than the English. As a Scot, Norry says he hopes to do well “as long as the eggs are wrapped in sausage meat and bread crumbs”.

I did ask Andy Dunlop yesterday why the team is representing “England” and not “Great Britain” and he was somewhat evasive.

“Hmm,” he told me, “we did consider that but, due to historical differences of opinion between the two nations, we decided to drop the Great Britain tag. And, apart from that, the damn Welsh would have complained about exclusion from selection.”

The other two team members, Stephen Bath and David Leech, look on Andy Dunlop and Norry Bell as joint team captains and say: “We would follow our captains anywhere, mainly out of curiosity to see what they do next.”

Team England will have a short period of acclimatisation before their match next Wednesday. During that acclimatisation period, they will be supporting the Polio National Immunisation Day on Sunday 24th February in the Lucknow region, as part of Rotary International‘s project to rid the world of this disease. And, on Monday 25th, they will help undertake a sweep of the area to ensure no children under 5 have been missed in the immunisation. 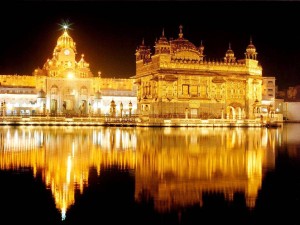 On Wednesday 27th, the big match itself will take place at the Mohan International Hotel.

The cost of the trip has been financed out of the team’s own pockets. They receive no funding whatsoever from any government, any polio campaign funds nor any charitable organisation nor Sport England. Virgin Atlantic declined to upgrade Team England from cattle to upper class on their flight, despite pleas. Two of the team are using their Air Miles. The others, Andy told me, “are too inexperienced” to have attained the right amount.

He also tells me that absolutely no chickens will be harmed and all eggs used will have been checked and declared unfit for human consumption before use.

The winners will receive a fine silver trophy. For the losers, there will be a carved wooden cup with a lid to hold the shells of defeat.