The surreal world of accounting in the music biz and the missing £500,000+ 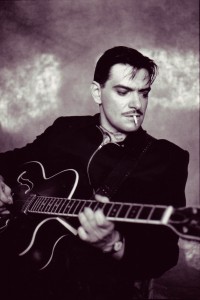 It is partly about the search for missing royalty payments due to the Detroit-based recording artist Rodriguez, who sold zilch in the US but who was selling shedloads of albums (“bigger than the Rolling Stones”) in South Africa in the 1970s and 1980s… and, indeed, in the 1990s and 2000s…

Coincidentally, in the UK, musician Bobby Valentino has just issued a press release about the surreal lack of royalties he received on the worldwide hit song Young at Heart.

I have touched on this before – in July last year – in a blog headlined Surely not a £500,000+ music biz rip-off? How a hit record made “no money” which was about the surprising lack of royalties Bobby (did not) receive from PRS (the Performing Right Society) but Bobby provides more details in his latest press release. Last year, Bobby told me: “On average, the figures are about 5% of what you’d expect them to be.”

The next bit takes a bit of careful reading but, says Bobby:

“In fact the existence of the Baerenstark version was not registered with PRS, as shown in their main records, until 5th February 2007. In other words whoever made the change on 4th March 1993 had supernatural powers of foresight.

“A less fantastic explanation is that the original entry on 4th March 1993 noted the change of sub-publisher and that when this became an inconvenient truth the entry was changed to a noting of the Baerenstark version.”

There is a second, related, indication of psychic gifts by someone at PRS, says Bobby, and it involved sheet music.

“Sheet music royalties,” he says, “are shown as paid to the new sub-publisher for July to September 1993. This is a further recognition of the supernatural influence of Young at Heart. Given that PRS claim the change of publisher occurred at the end of 1993 how can the new publisher receive payment for sheet music for July 1993? Someone or something is revealingly and inconveniently ahead of itself.”

Bobby Valentino says he wants PRS to treat him and fellow writers fairly and in his case to acknowledge the surreal accounting so that he can recover what is due to him.

Seems reasonable to me.

But, then, reason and moral accounting seems to be something alien to the record business and, indeed (I can tell you from personal experience) the film distribution business.

The rule of thumb is that, if they can screw you, they will.

With Bobby Valentino, though, they may have bitten off more than they can chew and gone several accountancy twists too far.

One response to “The surreal world of accounting in the music biz and the missing £500,000+”