The So It Goes blog’s occasional Canadian comedy correspondent Anna Smith has just been released from St Paul’s Hospital in Vancouver after being admitted to their emergency department on Valentine’s Day to get a Dacron patch sewn onto her aorta… She tells me she wants “to warn healthy young people about the dangers of enduring  years in murky subterranean caves that pass as limelight”.

When in London, before her move to the Dominion of Canada, she helped Sir Gideon Vein run the now ironically-named Open Heart Cabaret. She used to dance at the Nell Gwynne club in Soho during the day, the Gargoyle Club at night and then spend her time at the old Comedy Store until the early hours.

If she had died under the surgeons’ knives in Canada, she had wanted her obituary to include the fact she had performed with Julian Clary and the much lamented late David Rappaport and that she had been forced to learn to play the accordion as a child and appeared on Canadian television with Andre the Giant.

“Now,” she tells me, “I’ve been given a heart-shaped pillow as a physiotherapy tool and it says Open Heart on it….Veins, hearts, sternums being sawn in half and wired together.”

She also tells me she was given “orientation at the hospital for the cardiac rehab program… The walls were adorned with vapid monotone posters dedicated to mind-boggling philosophical questions like WHAT IS AN AVOCADO (printed on green paper) and NUTS – WHATS IN ‘EM ? (printed on brown paper). Now that dietitians and physiotherapists can produce their own amateur pamphlets with the push of a print button, there is no longer any need for the Department of Health to waste public money on artists or copywriters. I sat though a dull PowerPoint presentation about Cardiac Health, which I made bearable by mentally substituting the word Catholic for Cardiac: WHY CATHOLIC PATIENTS NEED FIBRE… HOW CATHOLIC PATIENTS RELIEVE STRESS…”

Anna tells me that recent local Vancouver news includes the story that “Immigration Officials abetted by a local television station and the National Geographic TV channel raided a downtown building site where they chased, captured and filmed migrant construction workers from Mexico and Honduras. The workers were made to sign legal papers which they did not comprehend and which turned out to be releases so that their images can appear on a reality TV show called Border Services to be screened on the National Geographic channel.”

Anna also tells me that her sojourn in hospital has made her realise there is “hope for mutilated dancers” but it also seems to have allowed her to develop a possibly unhealthy obsession about Signor Donato, an obscure one-legged dancer who was an enormous success touring Australia in the 1870s.

“It appears there was more than one Signor Donato. The original was a hit in Covent Garden in London in the 1850s and danced dressed as a bullfighter with a golden tassel affixed to his stump which, it was said, resembled a cushion on an old fashioned sofa, his mutilated state notwithstanding. 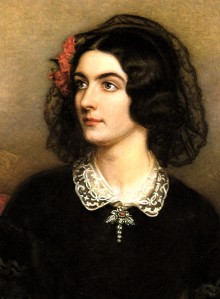 “One of the Signor Donatos (the first, I think) was said to be an immense favourite in London, Paris and Milan. He was said to have lost his leg fighting under Garibaldi when a shell burst during the Battle of Magenta in 1859. He surprised his audience with the grace and agility he displayed and danced to an introductory adagio, followed by the Jeanette Polka (accompanying himself with castanets) and concluded with the Garibaldi March.

“I first heard of him in a book I read in the 1980s: Enter the Colonies, Dancing, an Australian history of their early touring dancers. Then I read an article titled Strange Players by Dutton Cook (Belgravia). Strange Players was written in 1881 and is a documentation of famous maimed and mutilated dancers and actors working in London at that time.

“This small advert appeared in the Wellington Independent, 16 August, 1872 :

“I have no idea what the great furore was…..and can’t find out if he ever arrived in San Francisco.”

The preface to a 1895 German book (Fahrend Volk by Signer Saltarino, Leipzig) says:

“The one-legged dancer first came into style with Julio Donato, a Spanish bull fighter, who lost a leg in a bull fight. Through industry and practice, he was able to perform the most graceful, surprising and agreeable dances. His appearance, manner and personality were far from painful. He married the daughter of the Viennese actor Julius, herself a popular actress, who bore him a lovely daughter, Dora Donato, who became a very well known light opera singer. After Donato’s death, a number of artificial (kuenstlich) and genuine monopedic dancers and clowns sprang up, all of whom were only weak imitations of their prototype. Only the one-legged clowns who called themselves The Donatos after their famous original appeared not only to inherit the artistic ability of their predecessor but his luck.”

“The imposter Signors Donato were particularly prevalent after the Great War and some even teamed up together. One particular duo called themselves The Merry Monopedes.

Anna is recovering well from her operation but worried that she may become “the world expert on monopedic dancers”.

YouTube currently has a 1949 clip of a one-armed and one-legged dancer called Crip Heard.