Organised religion usually all ends in tears, discrimination and beheadings… 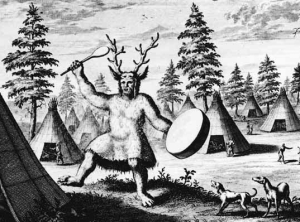 I have no problem with religions. They mostly boil down to the advice: Be nice to other people.

But organised religion tends to eventually turn sour and it usually all ends in tears, discrimination and beheadings.

Yesterday, I went to a lecture at Gresham College in London.

Gresham College was founded in 1597. That was a year when 26 people were killed in Nagasaki because they were Catholics.

The bête noire of the KGB, allegedly, was the Keston Institute, founded in 1969 to study religions in Communist, and now formerly Communist, countries.

Xenia Dennen, Chairman of the Keston Institute, talked about how religions had been repressed in the Soviet Union, then come into the open again with the collapse of the Soviet Union but were now facing problems again.

Russia’s 1997 Law on Freedom of Conscience and Religious Associations recognises four religions: the Russian Orthodox Church, Buddhism, Islam and Judaism. Note that it recognises only one branch of Christianity.

More interesting to me, though, was that, last summer, Xenia Dennen visited Buryatia, a traditionally Buddhist part of Siberia.

“In Buryatia,” she said last night, “I met some shamans. They weren’t exactly what I had expected. They wore shirts and ties and had mobiles going off during our interview. The chief sat at the head of a table in a splendid wooden chair with a high back with carved eagle and other creatures adorning its back.

“We sat in what was a small wooden hut on a hillside overlooking Ulan-Ude. This was the headquarters of the Religious Organisation of Tengeri Shamans – Tengeri, I gather, are gods of sun, moon and mother earth – to which 67 shamans belonged.

“They told us that altogether there were 3,000 shamans in Buryatia who were resurrecting ancient forms of Buryat shamanism which had survived during the Soviet period in Mongolia.

“They said: We are returning to our ancient roots.

“They said the sky was their main god with a large hierarchy beneath it, but they reassured us that they didn’t dabble in black magic, which never worked. They only wanted to ‘do good’.

“Today, they said,  demands the resurrection of these ancient rituals as many current illnesses are incurable… We can influence the elements… We could put out the fires in California, in Chita, in Krasnoyarsk… We can deal with global warming, tornadoes, floods… We worship the gods which the West has forgotten… If the West does not recognise these gods, then these problems will continue… How many people will die if shamanism is not accepted?

“Despite the grimness of these warnings,” said Xenia Dennen last night, “I found them a very friendly lot. But, of course, I think they might have appeared rather different in their shaman robes and in a trance. Not at all cosy, I suspect.”

But I find it somehow reassuring that there are still people out there who believe in the sky.