What links MI5, the Mafia, the Playboy Club, Lord Lucan and Charles Saatchi? 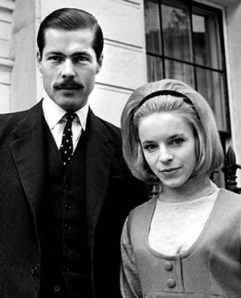 Did this man emigrate to Africa without his wife?

You meet people at parties.

They tell you things.

They may or may not be true.

I met a man at a party who works at a London gaming club – watching what goes on and making sure everything runs smoothly.

He told me he used to be a dealer at the Playboy Club in Park Lane in the 1960s. He also worked at Aspinall’s private gambling club and at a gaming club in Berkeley Square which was owned by Mafia-linked Hollywood actor George Raft until he sold it to Britain’s Barclay Brothers. The Saatchi & Saatchi advertising agency’s building later stood on the site. He also worked a club opposite the old MI5 building in Curzon Street (the latter had no windows on the ground floor, a bomb canopy at first floor level and windows for machine guns at the corners). There was an MI5 bunker underneath one of these clubs; stairs went down for several storeys.

He told me he believed missing peer Lord Lucan (a friend of John Aspinall) – the day after he killed the family nanny – fled with help from tycoon James Goldsmith who owned large areas of various countries in southern Africa into which someone could disappear without trace. Lucan was born in 1934. He is probably now dead from old age after a happy ‘retirement’.

The man at the party also had a story about the killing of a Playboy bunny and the disappearance of an Arab who was probably responsible. Another Arab had accidentally became an arms dealer and ended up in a mental home in the UK.

The Sultan of Brunei’s personal identity card for all occasions

And the Sultan of Brunei had once been asked for identification at the Playboy Club and took a Brunei banknote out of his wallet, pointing to the picture of himself.

In its heyday, he claimed, the Playboy Club in London made three times the total amount made by all the other clubs and the magazine profits combined so, when it closed, it brought down the then Playboy empire. At the Playboy Club in Park Lane in its heyday, a man (who is still alive) had closed-circuit TV monitors in his office showing various parts of the club, including a camera in Playboy Bunnies’ changing room.

The man at the party told me the only way he could stay sane among the unimaginable amounts of money moving around was to think of it all as plastic not money.

You meet people at parties.

They tell you things.

They may or may not be true.

There is footage of 1960s Playboy Bunnies on YouTube.