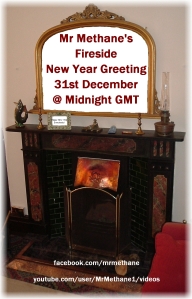 A teaser message from Mr Methane

This morning, I received an e-mail from that ever-efficient farter Mr Methane. It said:

John, What an awful term ‘sneaky peek’ is but just thought that this sneaky peek promo photo may be of use on your blog as a lead up to my New Year’s Day Message as you start building the tension and anticipation of your readers.

I’m off into an internet abyss from later today until 5th Jan and only contactable by mobile phone.

As I had absolutely zero idea what my blog was going to be today – and still do not as I write this – I told him I probably WOULD use his photo and, indeed, I would include a link to his New Year’s Day Message To The Nation. Here it is:

The link is ‘Private’ at the moment, but the video will go live at midnight on New Year’s Eve. I have no more idea than you what it contains, but I admire a good bit of promotion and Mr Methane is an expert at blowing his own trumpet. 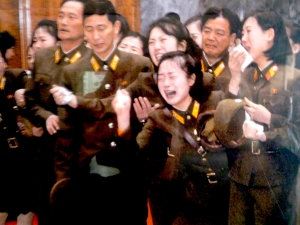 Even more mysterious is how, in this day and age, Mr Methane can be off to an internet-free zone until 5th January (the late Malcolm Hardee’s birthday).

I can only think of a trip to North Korea, one of the few places on earth that has not experienced a wind of change since 1946.

Adam Taffler commented on my clothes (Photograph by Kirsty Burge)

… I also received a New Year message this morning from showman Adam Taffler – another great promoter – despite the fact this is only 28th December. Perhaps he, too, is off to North Korea? Certainly he, too, has a Malcolm Hardee link which I am not yet allowed to mention.

…the Samuel Pepys of the comedy underworld and innocent stirrer of the cauldron of comedy. In some ways you are like a follower of Boudica in an encroaching Roman era, one of a few who sees the wisdom of the ancients lacking on the telly box. An old school alchemist in a Hawaiian shirt who sees where the gold is. 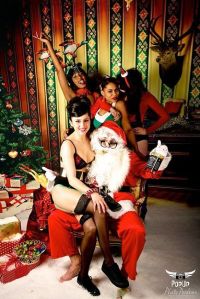 Is it really Adam Taffler as a pervy Santa?

I think this translates as “You are an old fart who wears overly-elaborate shirts,” but I will take it as a compliment.

Adam also sent me a picture of (what he claims is) him as (I quote) “a pervy Santa”.

I have still not decided what to blog about today.

Life is an ongoing mystery.

But here is a teaser for the potential future movie Iron Sky: The Coming Race. I presume this impressive-looking film about Nazis riding dinosaurs will be, in some way, a sequel to the surprisingly good Finnish-Australian-German movie Iron Sky, which was about Nazis living on the dark side of the moon.

The producers are currently crowdfunding the movie and, at the time of writing, have raised $422, 175 of their $500,000 target with eight days left to go.