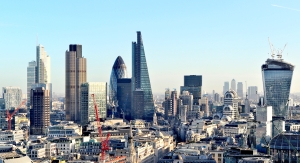 The City of London in 2014:  a year has passed since yesterday

To an extent, this blog is about other people’s lives in the late 20th and early 21st centuries. But laziness has broken out and, instead of writing my blog today, below are some excerpts from Samuel Pepys’ Diaries on New Year’s Day 1660-1669.

Or what passed for it.

I say “or what passed for it” because, in England until 1752, the year did not legally begin until March 25th. After that, a Parliamentary Act fixed January 1st as the first day of the year. Then, as now, the financial year started on April 6th.

Oh what joy it is to live in the confusing world of the United Kingdom although, of course, the UK did not come into existence until May 1st in 1707 – almost half a century after Pepys wrote his diary.

Pepys actually wrote his diary quite recently – just over 350 years ago.

In Britain, the Queen Mother died twelve years ago in 2002. She was 101 years old. Yesterday, my eternally-un-named-friend mentioned someone she knows who was born 101 years ago. So, in a sense, Samuel Pepys wrote his diary just four people ago.

The occasional odd spellings are by Pepys… 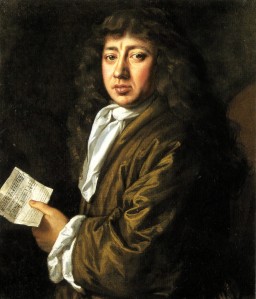 Samuel Pepys: His wife had an unhappy New Year

This morning (we living lately in the garret) I rose, put on my suit with great skirts, having not lately worn any other clothes but them. Dined at home in the garret, where my wife dressed the remains of a turkey and in the doing of it she burned her hand.

Waking this morning out of my sleep on a sudden, I did with my elbow hit my wife a great blow over her face and nose, which waked her with pain, at which I was sorry, and to sleep again.

Lay with my wife at my Lord’s lodgings, where I have been these two nights, till 10 o’clock with great pleasure talking, then I rose and to White Hall, where I spent a little time walking among the courtiers, which I perceive I shall be able to do with great confidence, being now beginning to be pretty well known among them. Then to my wife again, and found Mrs. Sarah with us in the chamber we lay in. Among other discourse, Mrs. Sarah tells us how the King sups at least four or five times every week with my Lady Castlemaine; and most often stays till the morning with her, and goes home through the garden all alone privately, and that so as the very centrys take notice of it and speak of it.

She tells me, that about a month ago she (Lady Castlemaine) quickened at my Lord Gerard’s at dinner, and cried out that she was undone; and all the lords and men were fain to quit the room, and women called to help her. In fine, I find that there is nothing almost but bawdry at Court from top to bottom, as, if it were fit, I could instance, but it is not necessary; only they say my Lord Chesterfield, groom of the stole to the Queen, is either gone or put away from the Court upon the score of his lady’s having smitten the Duke of York, so as that he is watched by the Duchess of York, and his lady is retired into the country upon it. How much of this is true, God knows, but it is common talk.

I went to the Coffee-house, sending my wife by Will, and there staid talking an hour with Coll. Middleton, and others, and among other things about a very rich widow, young and handsome, of one Sir Nicholas Gold’s, a merchant, lately fallen, and of great courtiers that already look after her: her husband not dead a week yet. She is reckoned worth £80,000.

Thence to my uncle Wight’s, where Dr. of –—, among others, dined, and his wife, a seeming proud conceited woman, I know not what to make of her, but the Dr’s discourse did please me very well about the disease of the stone, above all things extolling Turpentine, which he told me how it may be taken in pills with great ease.

At noon a good venison pasty and a turkey to ourselves without any body so much as invited by us, a thing unusuall for so small a family of my condition: but we did it and were very merry.

Called up by five o’clock, by my order, by Mr. Tooker, who wrote, while I dictated to him, my business of the Pursers; and so, without eating or drinking, till three in the afternoon, and then, to my great content, finished it. So to dinner, Gibson and he and I, and then to copying it over, Mr. Gibson reading and I writing, and went a good way in it till interrupted by Sir W. Warren’s coming, of whom I always learne something or other, his discourse being very good and his brains also. He being gone we to our business again, and wrote more of it fair, and then late to bed.

Lay long, being a bitter, cold, frosty day, the frost being now grown old, and the Thames covered with ice. Home to dinner, where the best powdered goose that ever I eat.

About noon abroad with my wife, who was to dine with W. Hewer and Willet at Mrs. Pierce’s, but I had no mind to be with them, for I do clearly find that my wife is troubled at my friendship with her and Knepp, and so dined with my Lord Crew, with whom was Mr. Browne, Clerk of the House of Lords, and Mr. John Crew. Here was mighty good discourse. They did talk much of the disgrace the Archbishop is fallen under with the King, and the rest of the Bishops also. I took coach and home about 9 or ten at night, where not finding my wife come home, I took the same coach again, and leaving my watch behind me for fear of robbing, I did go back and to Mrs. Pierce’s, thinking they might not have broken up yet, but there I find my wife newly gone, and not going out of my coach spoke only to Mr. Pierce in his nightgown in the street, and so away back again home, and there to supper with my wife and to talk about their dancing and doings at Mrs. Pierce’s to-day, and so to bed.

To my uncle’s, and met my wife; and there, with W. Hewer, we dined with our family, and had a very good dinner, and pretty merry and after dinner, my wife and I with our coach to the King’s playhouse, and there in a box saw “The Mayden Queene.”

Knepp looked upon us, but I durst not shew her any countenance; and, as well as I could carry myself, I found my wife uneasy there, poor wretch! Therefore, I shall avoid that house as much as I can.