I have had no time to write a blog today and I won’t before midnight.

So what follows is what happens when I don’t have time to write a blog before midnight.

Yesterday, I forwarded to my chum Mr Methane (the world’s only professional performing farteur) a piece which says that new research by the University of Exeter suggests smelling farts may be good for your health and may, indeed, prevent cancer. The study, published in the Medicinal Chemistry Communications journal, found that the hydrogen sulphide gas in rotten eggs and flatulence could be a key factor in treating diseases.

Dr Mark Wood was quoted as saying that, while hydrogen sulphide gas is harmful in large doses, this new study suggests that “a whiff here and there has the power to reduce risks of cancer, strokes, heart attacks, arthritis and dementia by preserving mitochondria.”

Mr Methane, a man with a high threshold of “nothing much happening here”, replied to my missive thus:

“Hope you are well. Nothing much happening here. I did a rendition of Let It Go from Frozen which has gone down really well on my Facebook page, I must have struck a chord with all the parents out there who are sick of it. It is quite an epic performance and includes some of the most powerful farts I have ever delivered.”

He then added, intriguingly: “I have had an invitation from The Dirty Girls to join them in Venice Beach, California, for some Funny Farty Yoga Party on Sunday 15th March. I think they possibly think I am another eccentric Brit living in Beverly Hills just down the road from Simon Cowell or Robbie Williams, as that is where all the eccentric showbusiness Brits live, it being the entertainment capital of the world as opposed to Macclesfield.” 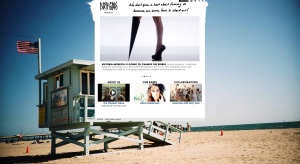 The Dirty Girls in Los Angeles – reaching out to Mr Methane

“We are creating a funny, laughter-filled yoga event in order to introduce yoga to skeptics and to the Los Angeles Girls’ Club. We would love to have some farts performed during the yoga session. Is there any way to partner with you for our event?”

Mr Methane’s reaction to me was: “I think the Funny Farty Yoga Party will have to blow into Venice Beach without me, which is a shame really as I imagined myself starting a new farting fitness based career like that American Leo Sayer lookalike who was always on Jay Leno doing his OTT fitness routines. I can’t remember his name but he was in a few movies as well: Beverley Hill Cop I think.”

As a result of reading this I, of course, got in touch with ‘Amber’ in Los Angeles, who is helping to organise the Funny Farty Yoga Party. She sent me a press release:

“Dirty Girls Project is a new media platform devoted to the promotion of empowered, badass women of all ages. We create original content, synergistic partnerships and produce collaborations (both digital and physical) around topics such as art, adventure, fashion, entrepreneurship – the bad, the rad and the weird.”

Of the Funny Farty Yoga Party, the press release says: “The purpose of our event is to create a really fun, approachable environment demystifying the elite reputation of the yoga world… Dirty Girls Project is teaming up with ambassador Courtney Barriger from Brussels Sprouts High Five… BSHF has worked with The Midnight Mission, St. Francis Center, YWCA, Free Arts for Abused Children and has run a shoe drive for Kochi India.”

No, I have no idea what a shoe drive is either.

Brussels Sprouts High Five have a Facebook page which explains: “We are a volunteer army in the city of Los Angeles,” and exhorts:  “Join us in the kitchens, the housing projects, and on the streets.”

The Funny Farty Yoga Party press release continues: “The event will kick off with a laugh therapy session to break the ice, then we move into a guided yoga session. The crowd will include a diverse group of people from all walks of life, to express that yoga is for everyone. We will have a Native American flute player during the yoga.”

I have sent Amber my Skype details.

I feel, as this all happens eleven days hence, there may be more news of the Funny Farty Yoga Party in this blog. And, indeed, more of Mr Methane. He tells me:

“I’m working on Boyzone – No Matter What – as my follow-up to Let It Go, It will be either a Fart Friday or Windy Wednesday upload sometime soon.”

The Dirty Girls’ video Jungles of Bitches is on Vimeo.

I feel I live a comparatively very humdrum life.

One response to “In L.A., The Dirty Girls plan a Funny Farty Yoga Party without Mr Methane”