A Tale of Three Women in Showbiz

No 1: ANNA SMITH IN VANCOUVER

This morning, I got an e-mail from this blog’s occasional correspondent Anna Smith. She lives on a boat in Vancouver. The e-mail went like this: 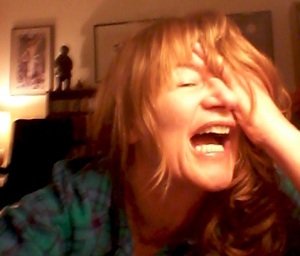 Anna Smith – surprised by her good luck with The Penthouse

One day this week, I heard on the radio that an 80-foot fishing boat had capsized downriver from me, so I biked down to Shelter Island. The captain told me that, at four in the morning he had heard a gurgling sound. An hour later, he and his girlfriend scrambled to safety.

That is why relaxation tapes don’t work for me… They always have the sound of running water and, when I hear that, I get totally stressed and think: Oh fuck! The boat is sinking.”

The most relaxing place to me is a shitty hotel room. Because I worked for so many years as a stripper in places like that. So, when I’m in a place like that I feel relaxed as if I am going to be paid a bunch of money at the end of the week for lying around reading and eating well and getting dressed up sexy and taking my clothes off a few times a day to my favourite music.

I danced at The Penthouse here in the 1980s and will be doing a striptease dance there again tomorrow night. The show is a fundraiser for The Vancouver Dyke March.  There are fifteen strippers and drag kings on the bill.

My friends are all amazed that I am doing a show at The Penthouse and are asking me: “How did you swing that?” and congratulating me, even though I haven’t done it yet!

It was just a lucky circumstance that I was asked to do it.

A friend was going to the 15th anniversary of Crema and her partner. Crema is a Vancouver drag king. She came out of retirement last year to do a show at Celebrities Night Club, at the celebration of life for Jim Deva.

She did a fantastic  show, lip-syncing to Tom Jones’ Delilah and I was amazed that scores of women were rushing up and tipping her with bills. 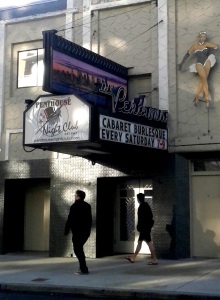 The Penthouse: site of a triumphant return

So, when my friend invited me to the anniversary party I tagged along. because I had never met Crema. The other guests were all dykes wearing hockey jerseys – half were in Vancouver Canucks jerseys and the other half in Calgary Flames ones.

I got into conversation with one of the Flames and I mentioned having been a stripper and, straight away, she asked if I could perform at The Penthouse. So, of course I said Yes…

She quickly said “Its for dykes…” and I said “That’s alright!”

So that is what I am doing tomorrow night.

Yesterday afternoon, I had tea with actress and former BBC Broadcast Journalist Juliette Burton. She moved down from Edinburgh to London in January and, yesterday, had just come from a meeting at a TV station to discuss a new project. This is what she told me: 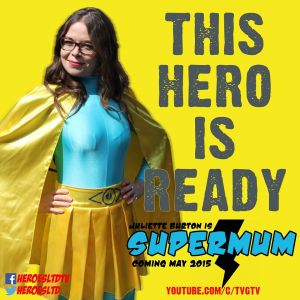 Juliette Burton – coming to the screen soon as Supermum

So pimp me out, John, please! Pimp me for film roles only… nothing else… yet. We need to see how bad things get before we resort to that.

Anyway… I had this very important TV meeting today and I fell over going into the building. My toe has now doubled in size and is turning blue. A part of my anatomy doubling in size and turning blue. Is that attractive?

I was late for the meeting today – I never am normally – so I grabbed a taxi… I pushed the boat out and grabbed a cab. I know the metaphor doesn’t make sense in a landlocked city like London. I was nowhere near the Thames but anyway… The taxi driver was a chatty one and he told me he had had another woman in his cab recently.

He took her and her friends around London and chatted to her and she asked whether he could take her to the airport the next morning. So he did.

On that journey, he asked what she was doing here.

“I’m in London and Paris shooting for a commercial,” she told him.

Apparently she was very pretty – he told me that a few times.

He thought maybe she was a model as well as an actress. 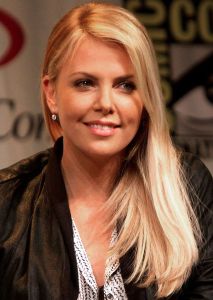 She was getting her plane home to LA.

So then he spent the entire journey slagging off actors he didn’t like and telling her who was shit and overpaid. Apparently she was giggling away in the back.

At the airport he told her: “Good luck with the acting career. What’s your name? I’ll look out for you.”

“Charlize Theron,” she told him.