An Edinburgh Fringe street scene: this could be a comedian…

Yesterday’s blog about the unnecessary chaos surrounding PBH Free Fringe and Freestival shows at the Edinburgh Fringe estimated the financial damage to around 150-170 acts at around £77,000 in total.

As I wrote yesterday: It does not matter who is right and who is wrong here. There was a compromise on the table which would have meant no act lost money, no act lost their advertised venue space and no act lost shows.

As an example of the effect of the intransigence on one individual act, 2015 UK Pun champion Leo Kearse has told me this:

I had two shows booked in to Cowgatehead and St John’s – Pun Man’s Pun Party and Hate ‘n’ Live (a show where comedians improvise rants about audience topics pulled out of a bucket).

They are both great shows. They will be replaced by some shit from the PBH z-list. I shudder to think how shit that’ll be.

I’m baffled as to how the current situation is beneficial to the venue owners, the Fringe Society, the audiences, or the acts.

I think PBH and his evil cohorts have behaved despicably to cause maximum disruption to the acts.

I doubt I’ll do the Edinburgh Fringe again. Other festivals offer better gigs and better exposure.

There is a clip on YouTube of Leo performing:

Michael Brunström, nominated last year for the increasingly prestigious Malcolm Hardee Award for Comic Originality, has moved his Edinburgh Fringe 2015 show to Heroes @ The Hive, following the dispute between PBH Free Fringe and Freestival over programming rights to the Cowgatehead venue.

More money wasted: the poster Michael had designed for his once-a-Freestival-show

Heroes promoter Bob Slayer offered Brunström a slot at the Big Cave in The Hive in exchange for a large (400g) bar of Toblerone. This agreement was made orally.

“Both PBH Free Fringe and Freestival could learn a thing or two from Bob Slayer about professionalism, efficiency and mature behaviour,” said Brunström.

Heroes will also be hosting Phil Kay and Russell Hicks – whose show Psychedelicious had also been scheduled at Cowgatehead – in Bob Slayer’s Blundabus.

In 2014 Michael Brunström was nominated for the Malcolm Hardee Award for his show The Human Loire, in which he impersonated the longest river in France, nailed grapes to Ted Cruz’s face and chewed the legs off a heron. Brunström’s 2015 show, The Golden Age of Steam, includes further surreal stunts involving his body, voice, legs, some ping-pong balls and a tiny fern.

Interestingly, Pear Shaped Comedy’s Anthony Miller had this comment to make on my blog of yesterday, in which I mentioned the PBH Free Fringe’s contract which (uniquely among Fringe operators) bans acts appearing or wanting to appear at a PBH Free Fringe venue from appearing or negotiating to appear at any other free venue. I called this a restriction of trade. Anthony Miller wrote: 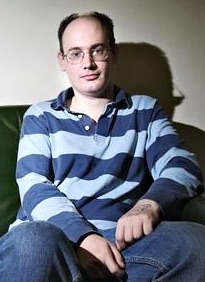 Anthony Miller asks Why? Why? Why?

I still maintain that by applying exclusivity terms to people over who else they can work for BEFORE employing people (and he is an employer even if he pays people by venue barter) he is attempting to run a de facto pre-entry closed shop system. This is illegal.

Someone said it doesn’t matter if it’s illegal or not just that it’s stupid, but the law – when it works – exists to protect us from destructive patterns and practices in society.

So why is it illegal? Why is it more than just an old man with eccentric rules on which of his competitors his acts and people who want to gig for him can also gig for?

It is not an accident that a load of people are now going to the Fringe NOT to work. It is by design.

PBH wants to be a monopoly controller.

He wants to control the number of people entering the labour market.

Then he can decrease competition.

He has become a victim of his own success…. Monopoly of £0 entry gigs gives him control of who does and doesn’t enter the labour market. And that is what he wants.

This situation is not an accident. It is the inevitable long term consequence of any closed shop system. A system which always puts one-person coterie in charge of who can work and who can enter the workforce.

I am sure PBH has an incredibly long waiting list… but would it be so long if people who were not on it did not fear blacklisting? 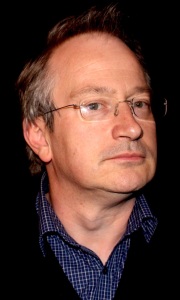 I also this morning received some reaction from Robin Ince to a reference in yesterday’s blog to an upcoming benefit gig for the Free Fringe which includes performers Stewart Lee, Nick Helm and Robin Ince. Robin writes:

Stewart. Nick and I agreed to do benefit to support acts doing Free Fringe; we have no gain from it. Maybe it is time we stopped doing benefits and let the lazy comedy fucks who can’t be bothered to do any to start doing ten minutes here and there.

Do I support the acts who have been fucked over. Yes. Would I do a benefit for them? Yes.

Do I think Freestival are innocent victims and PBH is the big villain?  No.

A general perception I think (including by me) was that the fact there were three members of the same family – all called Kenny Waugh – somehow involved in the saga meant there was chaos between Kennies. In fact, I understand, there was only the one Kenny – the middle one – involved in talking to both the PBH Free Fringe and to the Freestival.

The Waugh family – one or more of them – rent the Cowgatehead building from the Crolla family.

A Crolla family is involved in ownership of the La Favorita pizza company which sponsors the Freestival. But, as I understand it, they are different Crolla families.

Elio Crolla, who was involved in the Cowgatehead building last year, died on 26th January this year, which will not have helped the tangled web of ownership, rentals and rights within the building.

I think my head may soon explode.