How to actually write a blog – maybe 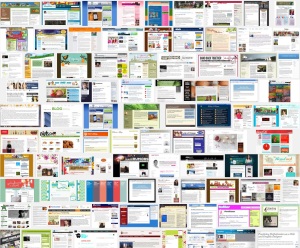 I started writing this blog to publicise something I had done and now it is still partly that, partly self-publicity.

Occasionally, people mistakenly think I know what I am doing and ask me my advice.

For example, my chum Doireann.

Doireann
I would love to start a blog or just write in some way as a daily thing. I find writing therapeutic – it feels a bit like a ‘conversation with the universe’ combined with a reviewable record of thoughts and experiences that I often find useful for working out what’s going on in my head. I write intermittently and sometimes read back over stuff I wrote years ago. I have hundreds of half-used notebooks I’m not ready to throw out.  Writing on a computer is so much better. I feel I’d like to write creatively more regularly. Maybe I’ll do a little course on it. Did you study writing at all?

John
No. Don’t do any writing course. You can write/are writing perfectly already. If you think there are rules, you won’t be original. Never think of being ‘a writer’. It will end in adopting a fake style. Just communicate thoughts and ideas. Never think of yourself as ‘a writer’. Just a communicator. A written chatter.

Doireann
That’s reassuring to me!  I think I will never think of myself as a ‘writer’. I only want to think of myself as someone who loves to write – but by that I mean I want to share ideas and converse and hope for responses/interaction or maybe just insight. I worry that I haven’t got ‘craft’ but, when I argue with myself about it, I sometimes conclude that writing for me is about trying to send something personal out with the hope of feeling understood and connected, even if my voice is flawed and silly. Having someone to listen (even if only an imagined someone) gives me a sense that I am not alone.

I do worry that what I write is narcissistic and of poor quality. What you say gives me hope that maybe what I want to do is actually OK. I still worry that I’d come across as a self-obsessed ass. It doesn’t feel like I just want to go on about myself. I genuinely love people and find them fascinating. Thinking and writing about people and their lives calms me down and gives me perspective. Whatever about that, I do find it hard to push past the fear of being thought of as stupid and selfish with nothing interesting to say.

John
People want to read about people… that’s what I tell people writing autobiographies… It ain’t about the facts; it’s about emotions and people. No-one wants to read a list of the thousands of things that happen to someone every day. So choose something that encompasses and exemplifies what you feel at a particular point.

It took me about a year to get a feeling for what my blog was about.

No point testing it out privately. You have to leap in, expect the worst and hopefully good reactions will happen.

Doireann
This feels better – thinking about myself as the reader. I’m probably only talking to myself anyway!