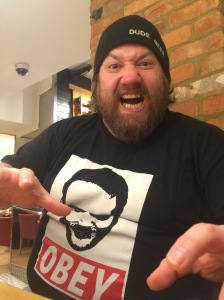 In March, I posted a couple of blogs about Michael Livesley and his shows which keep alight the flame of Vivian Stanshall and the Bonzo Dog Doo-Dah Band.

Since then, he has moved down to London from NW England.

On Thursday, he was involved in a Bonzo Dog 50th anniversary show at the O2 in London.

And, on December 18th, he is organising a stage version of Viv Stanshall’s Sir Henry at Rawlinson End in Walthamstow.

“Why Walthamstow?” I asked him.

“Viv came from Walthamstow, so it just feels right to take Sir Henry back there. Rupert, Viv’s son, is going to get up and say a few words about him. Rick Wakeman is filming it for a DVD release and we’re recording a CD of Sir Henry which is going to be the first release on Rick’s new record label – RRAW – in March. So that’s quite exciting: to be asked to do that. And, rather pleasingly, after that, Rick’s company are going to be putting out an LP of my stuff.”

“What is your stuff?” I asked.

“And then the Viv Stanshall road goes ever onward?” I asked. 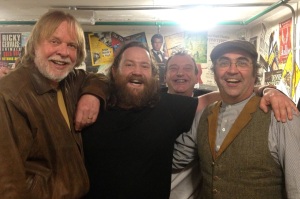 “Well,” said Michael, “there’s always that worry about being far too associated with something and being subsumed by the work of someone else. I’m probably going to stop doing Sir Henry after this year, because I’ve got so much other stuff I want to do. It’s been five years and it’s taking over in terms of how I’m constructing sentences, which is not good at all. 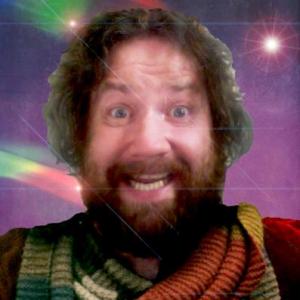 “And I wrote this thing called The Adventures of Hector and Mary just for my own amusement. Just to see what I could do. If you imagine this 40-stone guy called Hector who’s a lazy Scouser and his shrewish wife and they live in a lighthouse. So I recorded it, did all the voices for it and sent it out to a few people.

“I sent it to someone else in the industry and the possible collaboration we were going to do  is now ended because he deemed it ‘’very well written, but too rude for me!!’’. I suppose it’s pretty rude. I thought I had toned it down a bit. I wanted it to be like Jackanory.” 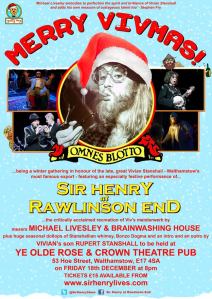 “So,” I said, “you’ve been getting by since you moved down to London in September?’

“Yes. In January, I’m doing a talk on Jollywood – the Mancunian studios – at the Slapstick Festival in Bristol. I think the forming of it is quite interesting – In a room in the Midland Hotel in Manchester, Stan Laurel and Oliver Hardy have a chat with a film distributor who then founds a studio.

“And I’ve just done a voice-over for a Shakespeare documentary because it’s 400 years next year since he died… So I’m getting by.”