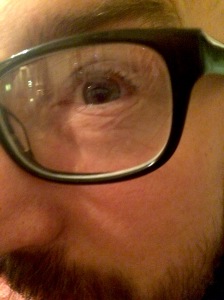 Sofie Hagen’s Edinburgh Fringe comedy show Bubblewrap is currently at the Soho Theatre in London. It was directed by Dec Munro. I thought it would be interesting to chat to him about it.

He thought it would be more interesting if he interviewed me about myself. So we did that. Which is why this is shorter than many of my blogs.

“What have you been up to?” Dec Munro asked me .

“And, because of that,” I said, “you are the hottest young comedy director in Britain at the moment.”

“I can though,” I told him. “Had you directed before?”

“I helped a little with Ben Target’s show Discover in 2012 and that got nominated for the Best Newcomer Award, which was great. But I didn’t direct his show. I was just involved in it and had some thoughts.”

“So how did you direct Sofie Hagen’s show?” I asked.

“My key contribution,” Dec replied, “was to take her out, get her drunk, steal most of her belongings and tell her I would put them on eBay 48 hours later because, for about three weeks, she had told me she would get a script to me and there had been variety of different excuses from I’m hung over to I’m tired to I’m ill.

“I said: Look, if you don’t get this done, then the show’s not going to go to Edinburgh. So I stole her ear-rings, necklaces, wallet, cards and told her that, at 5.00pm on Friday, I would eBay all of her possessions that I had unless she sent the script across and I think at 4.57pm she sent it across. I think that was probably the biggest thing I did… She’s great, though. She’s intelligent. She works really hard. It’s quite nice to be a first-time producer, first-time director and have it go really well.”

“What did the producing involve?” I asked.

“I flew up to Edinburgh, found a venue and then worked on quite a few marketing-type tricks – a strategy – various ways of getting people to come along, talked to all the flyerers. Her agents (Get Comedy) organised a poster and lots of the other important stuff. Other than that, we just worked out how to make it fairly busy fairly quickly and that worked very well.” 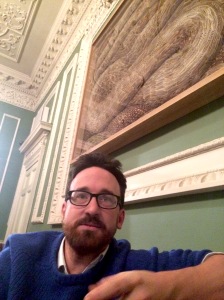 He knows more than any normal person should

Dec seems to know more than any normal person should about the inner workings of the Mexican drug cartels and how they kill people.

“Weirdly, I’m genuinely fascinated by it,” he told me. “I think it’s utterly, utterly fascinating. The drug cartels in Mexico are astonishing.”

“So,” I asked, “is this why you want to direct comedy shows? You want that level of power.”

“Yes,” he laughed. “The money is in directing Fringe shows. So what are you going to do after you stop your daily blog on 31st December?”

“I was thinking,” I said, “I might finance my next trip to the Edinburgh Fringe by touting myself as a consultant or director for hire on comedy shows.”

“You could do that,” Dec said.

“But alas,” I said, “I am not the hottest young comedy director in Britain at the moment. That’s you.”