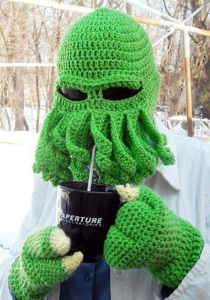 Sandra Smith: a woman of many costumes

I posted a blog about it.

While John went to change into his outfit, I got into conversation with a man who was dressed in female attire.

She said her name was Katie.

We chatted at the foot of the stairs for a while, then moved into one of the rooms to continue our conversation.

Katie told me that she was 44, with a degree in Analytical Chemistry.

She had started to wear women’s clothing on hitting puberty, a time when she had wanted to get a girlfriend but couldn’t.

I suggested maybe cross-dressing was an unusual reaction to that.

She laughed and said: “Yes, I suppose it was.”

Katie said that she loved her wife, wanted to have sex with her, but felt neglected and shut-out after the children were born. Her wife always had some excuse not to have sex.

I suggested that she probably IS tired with two young children.

Katie brushed this aside.

I asked Katie what cross-dressing made her feel like and what it gave her.

She said that, when dressed as a woman, she loved the attention that she got from men. It made her feel desired, an affirmation of self.

This had led to many sexual encounters with men.

I asked her what sort of man was she attracted to.

“Anyone that will have me, really…”

We laughed at that.

“…although I do like black men,” she continued, “I wonder if women are attracted to men that cross-dress – in a sexual way I mean?”

“I’m sure there are those that are,” I replied.

Katie also mentioned that she loved looking feminine, would love to have breasts and some work done on her face to feminise it even more.

A year ago, she told her wife about her need to cross-dress and her sexual encounters with other people. This naturally had not gone down very well. But she feels that they are moving on a bit now, after much discussion.

Her wife has gone from saying about her feminine underwear: “I’m not touching those!” to “Are these yours or mine?”

Most weekends, she tolerates Katie going out as her female self, but Katie changes at a friend’s house. Her wife doesn’t feel that she can tell anyone about the situation, so only has her husband to talk to. She wants to keep the marriage going but the way forward isn’t clear, even though Katie has suggested they continue in an open marriage.

Katie adopts her male role during the week and at work and feels that nobody knows about her other life, apart from the other like-minded people that she socialises with.

I felt a bit sad for them all: caught in a situation that seems to me to be so difficult emotionally.

Katie doesn’t want to talk to anyone formally at the moment, but this may change.