Prestigious Malcolm Hardee Awards Are To Return To The Edinburgh Fringe 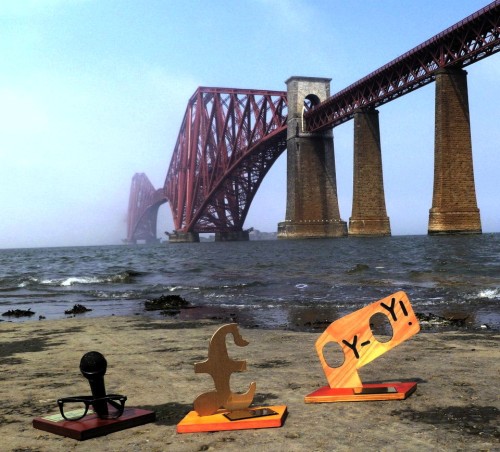 Given the Legend that is Malcolm, I feel obliged to point out there is no money involved in this… Not for me; not for them; not for anyone…

It was announced today (Tuesday 6th August 2019) that the Hardees – the defunct Malcolm Hardee Awards – are being revived.

Presenting three prizes (Comic Originality, Cunning Stunt and Act Most Likely to Make a Million Quid), the not-quite-annual, occasionally shambolic awards are presented at the annual Edinburgh Festival Fringe in August, in memory of Malcolm Hardee. He was a comedian, promoter, venue proprietor and “godfather to a generation of comic talent” who “maintained a fearlessness and an indifference to consequences” throughout his life.

Last held in 2017, the awards were founded by John Fleming, a long-time friend of and professional collaborator with the anarchic “patron sinner of alternative comedy”, aiming to continue celebrating the vein of no-holds-barred, anarchic comedy spirit that he was known for.

Started in 2005, the year of Hardee’s death, Fleming now hands control of the awards over to British Comedy Guide (comedy.co.uk), with the full involvement and blessing of Hardee’s family.

British Comedy Guide – which runs the most comprehensive listings of the annual Edinburgh Fringe comedy festival anywhere – is also the organiser of the Comedians’ Choice Awards (formerly the Barry Awards (UK)), and media sponsor of the Comedy Poster Awards.

The 2019 award ceremony will take place at The Counting House in Edinburgh on Friday 23rd August, beginning at midnight and running into the early hours of Saturday 24th.

A shortlist for each prize will be announced on Wednesday 21st August. Nominations are accepted via email at hardees@comedy.co.uk

Additional information can be found at the Hardees’ website: https://www.comedy.co.uk/hardees/