The English language… It ain’t what you say, it’s the way that you say it… 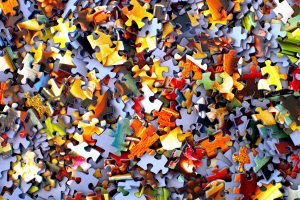 (Image by Hans-Peter Gauster, via UnSplash)

A large number of these blogs over the years have been interviews or, more precisely, transcriptions of chats with other people. I record everything so that I can make certain I quote the people I talk to exactly.

I type exactly what they say.

Except, of course, there has to be a certain amount of tidying-up of what they say. I have to take out the gaps, stumbles, repetitions, umms and ahhs and errrms and general ramblings of normal speech, because almost no-one ever speaks in fluent sentences.

At college, part of the course I took involved radio production and part involved linguistics.

One afternoon, we were asked to go off in groups of three or four and have a short recorded conversation with each other about anything, then transcribe the exact words which had been spoken.

Three or four of us went off and had an interesting, fluent chat about something-or-other.

But, when the recording was transcribed – writing down every word exactly as spoken – we realised we had not conversed in sensible, coherent or even necessarily meaningful sentences. Our ears and brains had cut out all the crap and what we thought we heard was what the other person INTENDED to say rather than what he/she actually said.

So transcribing interviews is a laborious process. It can take three times as long to transcribe a chat as it took for it to happen. So an hour of chat might take three hours to transcribe even before turning it into something which flows. And then, of course, there is intonation – or even a casual or ironic glances of the eyes. Intonation and unspoken implication can totally change the meaning of what is said.

In the 1960s there was a very late-night BBC TV series which aimed to help people – mostly new immigrants – learn English. It included acted-out scenes. One such sketch took place in a Post Office with a long queue.

When he eventually reached the counter, the first customer simply asked for “A first class stamp, please…”

The second customer – not a native English speaker, but trying to be very polite – asked for “a first class stamp, PLEASE”… The Post Office person serving him, bristled.

Because transcribing a recorded chat can be time-consuming and very dull, a few years ago, I tried to use speech recognition software, thinking it would type out what was said in real time and I would only have to do some minor tidying-up and re-punctuation of some sections.

It turned out I was being over-optimistic, as the below section of a chat with an anonymous British comedian shows. The eventual edited interview, I think/hope, showed them in their true vocally fluent light.

It’s all out of love with it because it was fantastic but I’ve got. To come back. With something else. I wanted it to be. And I didn’t want to rush into the mix. And I kind of had enough of the whole Edinburgh. Training I’ve done about. Six Edinburgh’s in a row. By that point. You don’t want what you’ve got. Well. You know I did. Six. Shows. Including that one up to 20 as I’d been reading yeah. You know. All. Went.

Yeah. So you need. Help basically. So I had someone. Who was amazing. Help me out. Did. She was. Just. Like. Those bums on seats. It was the least. Stressful. One. And I just felt that if I didn’t follow I wanted it to be as good. As much. And I just didn’t feel like. It. Felt like I. Felt a bit jaded my head. And. The thought of having another show and doing the same. Circuit. Again straight away. So. This. Year. I just. Might.

I mean I’ve always done. Acting and. That’s. What. I really wanted was. And. I had. Up until that point as. Where. What. I call a mortgage. Job. Which most people. Have. Which was an office job. A horrible office job five. Days a Week. With. You. Know not made to any of my strengths and just to just pay the bills. I started to build. Quite. Happy. And. I thought you know what it’s. Time to move on. So I did.

That might be an extreme case but I think it shows some of the ways real people talk, constructing thoughts as they speak… To an extent, it ain’t what you say, it’s the way that you say it. That’s what gets results.

Conversation – and writing – is about communication and the human brain is designed to spot patterns, so clarity is often in the ear and the brain of the beholder far more than the mouth of the speaker.