RIP Jeanette Cousland… So it goes… 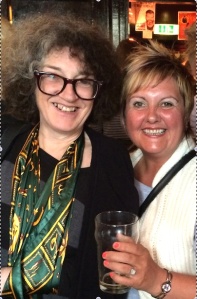 I got a shock phone call this morning to tell me of the death of the always lively and bubbly Jeanette Cousland – aka ‘Machete Hettie’ or sometimes ‘Machete Hetty’ – who appeared in this blog over the years.

She died 15 days after being told she had cancer.

On 21st September, on Facebook, her son Barry Martin posted:

2 weeks ago my mother Jeanette was diagnosed with terminal lung cancer and given weeks rather than months to live. She had been in good health until then apart from a bad back the last few weeks. She was just 54 the day before.

We are at home now and keeping her at peace. She has a great support team with me, my brother and Kirsty.

She is still with it and I can pass on any messages that would cheer her up. The family is still in shock and we are pretty devastated. Please do not call my mother just now: she is sleeping a lot of the time. Also not too many questions for me or Ricky as it can get a bit much. Please, she would not want people to be sad and always tries to make people laugh.

She is still with us now and we are trying to keep her at peace as much as possible.

The next day, her son Ricky Fyffe posted:

It is with a heavy heart myself and my brother Barry Martin have to announce the passing of our one-of-a-kind mum, granny and sister, Jeanette Cousland.

After an all too short battle with lung cancer, she passed away peacefully this afternoon at home with her family by her side.

After a period of mourning, we will update everyone on the funeral arrangements in due course.

Our mum will forever be in our hearts.

She lived in Leith, Edinburgh… 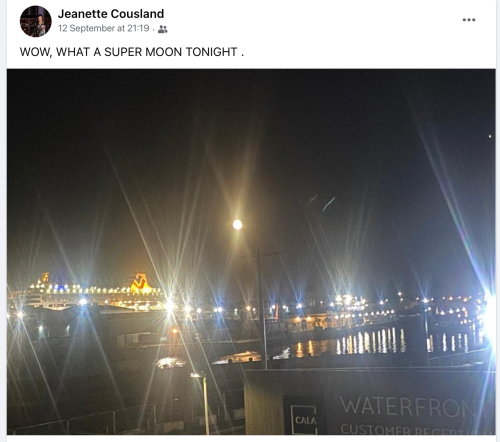