Mensa or Densa? A choice of IQ groups. 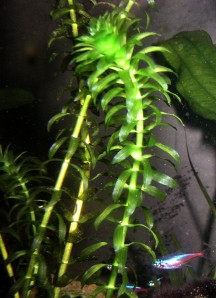 In my blog just before Christmas, I quoted nine questions posed in the British Mensa ‘Special Interest Group’ newsletter called What If?

In doing so, of course, I breached their copyright and, as penance, I have now given them thirteen new questions which they might choose one from. My questions are:

– What if you always knew the results of your own actions on others?

– What if it were impossible to tell the sex of another human being?

– What if we only had one eye and saw everything in 2D?

– What if Henry VIII had never married?

– What if we shed our heads every seven years and they re-grew?

– What if we could manipulate molecules so we could make the walls, floors and ceilings/roofs of our houses whatever we wanted them to be?

– What if humour did not exist?

– What if Margaret Thatcher had been born a man?

– What if Jesus had not been crucified?

– What if homo sapiens had decided to live in the sea and not on land?

– What if everyone had a 3D printer in their home and you could print everything from cars to paperclips by going online and downloading a program into your printer?

– What if an organisation called Densa recruited people only with IQs in the bottom 2%?

I thought of the ‘Densa’ question by, basically, ripping-off someone I met in 1981 who had had the idea of creating a ‘Densa’ organisation for people who wanted to consider themselves stupid. At that time, I was a researcher on the children’s TV show Tiswas and we had thought of incorporating Densa or Densans into the show. We never did. It was the British nation’s loss.

The guy who ran Densa in 1981 was one Nigel Ffookes. I think he used to advertise for members in Private Eye magazine but never managed to get the organisation off the ground. If anyone knows where he is now or what became of him, I’d be interested to know.

I also found out this morning that there used to be an unofficial ‘Densa’ group within Mensa – they had badges made which they wore upside down so they could read what their badges said.

Densa organisations are not thin on the ground. I have heard of several since 1981, but Wikipedia (always to be trusted on such things) claims the original idea dates from 1974. The current Wikipedia entry (liable to change at a moment’s notice) reads:

Densa was originally a fictional association created in parody of Mensa International. Rather than belonging to the smartest 2% of the population (the criteria for membership eligibility for Mensa), members of Densa must be in the stupidest 98%...

The concept of an organization for the mentally dense originated in Boston & Outskirts Mensa Bulletin (BOMB), August, 1974, in A-Bomb-inable Puzzle II by John D. Coons. The puzzle involved “the Boston chapter of Densa, the low IQ society”. Subsequent issues had additional puzzles with gags about the group and were widely reprinted by the bulletins of other Mensa groups, before the concept of a low IQ group gained wider circulation in the 1970s, with other people creating quizzes, etc.

A humor book called The Densa Quiz: The Official & Complete Dq Test of the International Densa Society was written in 1983 by Stephen Price and J. Webster Shields.

I have always thought there was mileage in a Densa organisation and I suspect the name, widely used over almost 40 years, is not copyrightable. Any prospective members, please let me know…