My chum Mr Methane is the world’s only professionally performing flatulist.

He farts for a living.

And a very good living it is.

His sister recently decided to look into the family history.

“Yes,” Mr Methane told me, “Margaret decided to do our dad’s mum’s side of the family first, because we didn’t know a lot about them.”

“Our dad’s mum was a Hulley but, in olden times, they also spelled it Hooley. We had a great granddad in Sutton, near Macclesfield, called Jasper Hulley and he had 19 children.”

“Yes,” said Mr Methane, “he really got going. He had two wives – I think because he wore the first one out. Going back through Jasper’s family, we ended up in among the Brindleys.

“Margaret said: Ooh! We’ve got Brindleys in the family!”

“You can,” I told Mr Methane, “get tablets for that.” He ignored me. 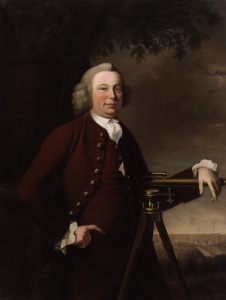 James Brindley with his Barton Aqueduct in the background (by Francis Parsons, 1770)

“She only follows the direct bloodline,” he continued. “The ones who did the deed which means we exist.

“I said to her: I wonder if we’re any relation to James Brindley. I knew he had served his apprenticeship at a place called Gurnett near Sutton. The Brindley Society say James was one of the thinkers and doers that made the Industrial Revolution kick-in.”

“Is that because of the canals?” I asked.

“Well, he was a millwright. He came from Wormhill in the Peak District. He understood water power and he also got himself abreast of steam power, so he was working on the first factories and he was big friends with Josiah Wedgwood of Stoke – the pottery man – and the Duke of Bridgewater in Manchester.”

“As in the Bridgewater Canal?” I asked.

“Exactly,” said Mr Methane. “He built the Bridgwater Canal and that changed everything, because suddenly the Duke of Bridgewater could transport lots of his coal much cheaper than he could by packhorses. It completely changed the economics of moving stuff around.

“And Josiah Wedgwood wanted his factories not just to be making pottery but also delivering it all over the country. He wanted his raw materials in and his goods out. So the new canals were a transport revolution. In the end, my sister found out that James Brindley is our great-great-great-great-great uncle.

“So we were quite happy in the knowledge that we were linked to this guy who helped launch the 18th century’s equivalent of the space age.

“But then my sister said: I’ll go into the Bowmans now. They were related to us and they were a noble family who had their own crest. They were very early in the Quaker movement and got locked up. Some of them stood up in church at Alstonefield, Derbyshire, and renounced the Church of England and they were put in prison, because Quakerism was a bit naughty.

“Then, through the Bowmans, we ended up in the Beresfords who are a proper noble family from Fenny Bentley in Derbyshire. They’ve go a family tomb there. One of my relations is Thomas Beresford. He was called Sir Beresford of Beresford.

“He had about 16 sons and the tomb doesn’t have his effigy, because the tomb was made much later and they didn’t know what he looked like. So the sculptor made a shroud and, on the tomb, he’s in a shroud that looks not unlike a sack tied at one end. It’s a bit like a magician’s act, I suppose. It’s a shame about Keith Harris, isn’t it?”

“The ventriloquist?” I asked, surprised. “I know. Is he related?”

“No, no,” said Mr Methane. “I was just thinking about magicians’ acts and Keith Harris came into me head. Apparently Orville (his ventriloquist’s doll) has taken the death terribly. He just lies there, saying nothing…

“Anyway… Thomas Beresford… He was a proper nobleman and it says on the Beresford family tomb that the Beresfords were from Beresford Dale. Their crest has a bear on it and there’s a Beresford Society.

“Margaret rang up the genealogist there and went through it all with him and he said: Yeah, you’re in the family.

“Sir Thomas Beresford is like my 13th granddad. As a nobleman, he had to raise an army of at least ten men and go fight with the king whenever he was asked, so he fought at Agincourt… Well, they’re not sure if it was Thomas Beresford himself or his father.

“And that was quite exciting, until we found out his mother was Lady Elizabeth Bassett and the Bassetts of Blore and the Beresfords for years just fought and nicked each other’s sheep. Blore is the next parish down from Beresford Dale and Fenny Bentley.

“Then, when you get into the Bassett (earlier called Basset) family, it just goes mad. You just end up related to every noble person around. They went all over the place from Cambridge to Wales to Cornwall. The Queen is descended from one of the Sir William Bassetts – there were loads of them. 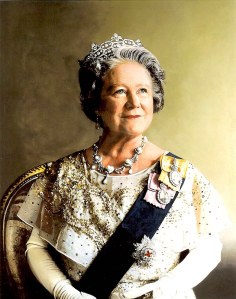 “There’s a family strand that goes through the Cavendishes, then the Bowes-Lyons – the Queen Mother was a Bowes-Lyon – to the present Queen. She’s probably like a 1,017th cousin of mine or something but the Queen and us are definitely in there in among the Bassetts.”

“And your sister Margaret is still researching?” I asked.

“Oh yes,” said Mr Methane, “Following what the Bassett Society and The Beresford Society have done, we’ve got back to Thurston de Basset, who was Grand Falconer to William the Conqueror at the Battle of Hastings in 1066. That’s where we’ve ended up.

“And apparently two Bassetts were among the King’s counsellors at the signing of the Magna Carta. I see a whole American market here. I think I might just give up farting or build a theme round it that includes the family history. I think I might have found my route into after-dinner speaking.

“So I think I have to go up-market now. Not just common-or-garden farting but noble farting. I mean, Thurston de Basset, Grand Falconer to William the Conqueror at the Battle of Hastings – They were firing arrows at King Harold in 1066 and I’m still farting darts out of my bottom at balloons on stage all these years later. It must be in the genes.” 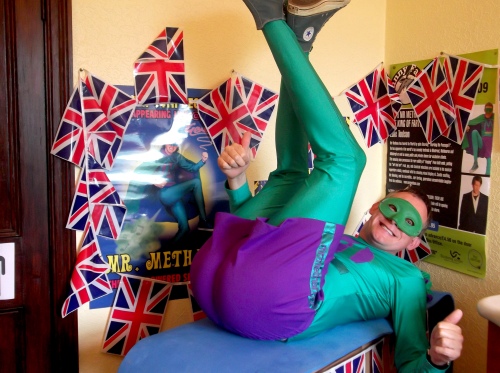 Mr Methane, distant claimant to the throne of England, displays the bottomless pit of his patriotism