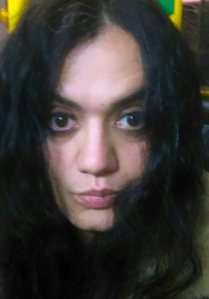 When Malcolm Hardee Comedy Award winning performer Becky Fury told me she was going to Berlin for a week and offered to share her insights with me, I leapt at the chance and said Yes.

Though it is always a risky strategy saying Yes to anyone who has won a Malcolm Hardee Comedy Award.

I woke up in Berlin yesterday.

I meant to. It was not some happy, drunken accident.

I woke up in an arts space which calls itself the new Kunsthaus Tacheles (Art House Tacheles) and I put my coat on – the wrong way round, I was informed. But the coat served its function that way for a few more hours, so maybe it was not the coat that was the wrong way round but the perspective of how the coat should be on that was inside out.

‘Tacheles’ is a word – רעדן ניט בולשיט – meaning ‘speak no bullshit’ in Yiddish. So I had broken the only rule of the space before breakfast.

The old Tacheles grew out of the rubble of the Second World War, after the collapse of the Berlin Wall in a space in East Berlin.

It was named in Yiddish as a memorial to its pre-War Jewish inhabitants who had never returned.

The new space is beginning to be like the old one but the artists there are having to deal with just making the space habitable rather than being able to create art. Putting into place the basic blocks of the artistic ecosystem which develops in a space which, like a rainforest or peak bog, has taken years to evolve. In the same way that you can’t just make a rainforest from scratch, you can’t do that with a creative space.

These spaces should be protected as important habitats to protect cultural biodiversity.

PROTECT THE PUNK is unlikely to be taken up as a campaign by the World Wildlife Fund. But something needs to happen. The eviction of the Freespace ADM in Amsterdam (Becky blogged about it here last year) was halted by the UN, who said that the space was a protected reservation.

If the World Wildlife Fund can’t do it, maybe one of the charities that allows you to indirectly adopt a child could run an adoption campaign for alternative artists. You could get updates on how well your alternative artist is doing, if it has been successfully released into the wild and how global re-population is doing.

The British government used to run a similar scheme. It was called the dole.

If you have an issue with people claiming the dole, then throw away most of your favourite music because those artists were funded and had the space to do what they were doing because they were at some point in their career scamming the dole.

However, really, the most important fundraising needs to go into  protecting spaces where this art is created. Pop stars would do well to think less about the Rainforest or Africa and more about cultural reservations in the developed world, because it is in these places that the sounds and styles that go into the creation of commercially manufactured music are poached.

The commercial stylists and producers and ‘creative team’ are essentially poachers that go into these wild raw spaces and poach ideas. They return with skins and trophies that go into creating the latest look for whoever is being pushed to the top of what is left of the singles chart. Without these spaces, they wouldn’t have a career. They would do well to encourage people to save them.

Really, the important issue is the space. The individuals there can support themselves in lieu of the government doing it. The government never does anything that shows foresight beyond preserving their next term. It needs a charity which deals with protecting habitats like the RSPB.

We need a  Royal Society for the Protection of Artistic Birds.

I am using birds as the collective noun.

These artistic birds are endangered and they need to have their habitat protected otherwise the diversity will decrease and all the beautiful, wild, exotic, interesting species will die off and we will just be left with the equivalent of pigeons and seagulls – less sensitive, aggressive species that can survive in the barren cultural climate and environment that we have manufactured.

I am not suggesting that Rentokil should be called in to deal with infestations of pop stars.

I would just like to see pop stars on the list alongside rats and wasps on the side of the Rentokil van.

If Rentokil could turn up at a Justin Beiber concert and trap him in a big net, I would pay for an overpriced stadium ticket to see that gig.

When I received that missive from Becky, I asked her if she had any photos she had taken of herself at the Kunsthaus Tacheles. She replied:

A Becky selfie on a train in Berlin

I didn’t take any there. I do have one of me on a tube train.

And one (above) that makes me look like maybe I was possessed by one of the former inhabitants of the Tacheles – a minor Hammer horror actress that died there… on stage in a dance interpretation of the Communist Manifesto.

I left some photos with the guy that invited me to Berlin, who has taken way too much acid and didn’t really think about the logistics of inviting people to make art there. So I decided to get a plane back to London after I went into Berlin itself on a psycho-geographic ramble.

I told you when I left for Berlin that I would see where it might lead me… Back to Berlin Airport, apparently, and then back to London.

Anyway. Now I can learn lines for my next show or just fanny about on Facebook in London. So that’s what I’m doing.