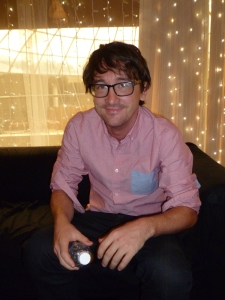 “What’s happening?” I asked comedian Dec Munro yesterday in a meeting room at a private members club in central London.

“Nothing Happening Here,” he said.

Well, he would say that, wouldn’t he? It is the title of the definitively odd comedy evening he runs with Niall McCamley. There is no website. Just a Facebook page.

“I enjoyed the last one,” I said. “I’ll come along this Tuesday (for the next one). How often is Nothing Happening Here?”

“Whenever we decide to do it,” replied Dec. “Tuesday’s will be the third.”

“So why call it Nothing Happening Here?” I asked. “Especially when lots happens.”

“We thought it would be stupid,” explained Dec, “and fun and a way of getting people to a location they might not otherwise go to.”

“The one I went to last time,” I said, “was an art gallery in Haggerston. Where was the first one?”

“And,” I asked, “you’re not going to tell me where this Tuesday’s is, because we’re going to meet at some mystery place you will tell us on the day. Can you tell me what type of location it is?”

“Everybody is being encouraged to wear glitter,” he told me. “Although we will supply some.”

“Is it sexually dubious?” I asked, nervously.

“No. But that would be amazing: taking people to some kind of S&M torture place. Do you know one?”

“Dave Courtney,” I said, “has a torture chamber in his back garden in suburban Plumstead. He rents it out to film crews and anyone interested in such things.”

There was a long, thoughtful pause.

“This used to be the headquarters of the Anglo-Belgian Club,” Dec told me.

“Not the most interesting of clubs, then,” I suggested.

“The Magritte Club would be interesting,” I suggested. “An antelope coming out of the wall wearing a bowler hat.”

“Mmmm,” mused Dec, “I was in the Arthur Smith Sings Leonard Cohen show. I was the guy who runs out and does a little dance.”

“You were a plant in the audience?” I asked.

“Essentially yes,” said Dec. “I got a phone call from a friend saying: We need an idiot to get naked on stage at the Soho Theatre with Arthur Smith. Are you up for doing that? And I said: Sure, no problem at all. 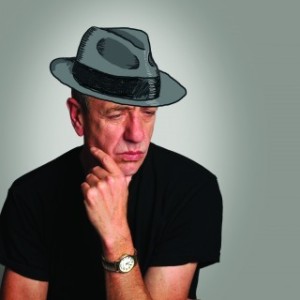 “The first time I did it, I took a girl on a second date. Part way through the show, I asked her Will you excuse me for a minute? went backstage, took all my clothes off and tried to make it look more impressive.”

Dec made a vertical whirling movement with his hand.

“How do I describe that in my blog?” I asked him.

“When you demonstrated that,” I said, “you used all four fingers and a thumb. For some of us, that is quite impressive to begin with.”

“The premise of the show,” explained Dec, ignoring my comment, “is that Arthur Smith is talking about Leonard Cohen; Leonard Cohen has a beef with Leonard Nimoy; and some of Leonard Nimoy’s poetry is featured.

“So I ran out onstage completely naked except for a Leonard Nimoy face mask, did a little dance, disappointed a lot of people in the front row for a minute by dangling my cock arguably far too close to all of them, ran back offstage, put my clothes back on again and re-joined my date in the audience.

“At no point until about an hour afterwards did she know it was me. She just thought I had gone to the toilet. A friend of mine was there with her parents – I had no idea she was there. She came over and said: Dec! – Great cock tonight! Great cock! That was the point at which the girl I was on a date with figured out it was me.”

“Nothing complimentary at all.”

“Was there another date?”

“Yes. I imagine it was my natural charm. You know, there is a moment of questioning your life choices when you are backstage downstairs at the Soho Theatre wearing a Spock mask looking at a mirror, whirling your cock round and trying to make it look as big as you possibly can.”

“You did this for the whole run of the show?” I asked.

“No. There was another guy who did it and he had the ability to play the accordion.”

“No. That would have been impressive. But I got a phone call from my friend saying: Dec, actually there’s another guy and he brings a bit more to it. He can play the accordion while naked and is happy to flash his balls. So he won out and he got to go on BBC Radio 4 and do it when they made Arthur Smith Sings Leonard Cohen: the 30 minute version.”

“Was it an accordion or a squeezebox?” I asked.

“I think it might have been a squeezebox. What’s the difference?”

“A squeezebox,” I suggested, “sounds funnier when a cock and balls are involved.”

“Then it was definitely a squeezebox,” said Dec.

“Whole new avenues open up for your career,” I told him. “If you’re happy to go naked. Malcolm Hardee shows beckon. Have you ever jumped out of a plane?”

“Yes,” replied Dec, “I have jumped out of a plane and it went wrong, because they packed the parachute badly. They do a fixed line thing which automatically opens the parachute. It pulled and dislocated my right shoulder. I was the first person in twelve years to land outside their drop zone – somewhere just outside Lancaster. I landed in a ditch next to barbed wire and ended up on morphine that night at my friend’s birthday.

“I have to say morphine is amazing. You can get through absolutely anything on morphine. I was supposed to organise a surprise party for my friend, so I said: Please, just give me lots of morphine. I have not had it since, but I look back on it fondly.”

“Morphine was amazing in what way?” I asked.

“You just float,” explained Dec, “and, even though you know you’re in a lot of pain, you’re distracted and everything feels lovely and you’re happy. I think morphine should be obligatory.”

“Well,” I said, “I think it is in certain parts of London. Are you plugging anything else apart from Nothing Happening Here and morphine?” 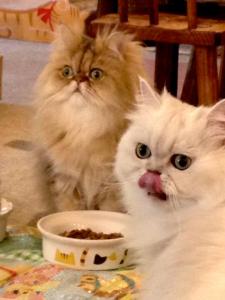 “I’ve now got a little venue just next to the Bank of England that I’d like to put previews and stuff in so, if people would like to get in touch, that would be amazing. I’m going to try and get some well-known people and some weird, different, offbeat, Michael Brunströmy type fun people. He was the first act at the first Nothing Happening Here. He did 15 minutes as Mary Quant and nobody in the audience bar two people knew who Mary Quant was. I loved it.”

“I want,” said Dec, “to do fun things and meet good people and do interesting things and maybe earn some money while doing it.”