This week, via Skype, I talked to Hermann Goering’s great-niece Bettina Goering in Thailand. She is writing a book.

“Hermann wasn’t really a nasty Nazi, though, was he?” I asked her. “He wasn’t identified with the Holocaust. He was simply head of the Luftwaffe. The image I have of him is an overweight man, who liked art, stamping around in rather flamboyant uniforms.”

“That’s what I thought,” replied Bettina. “That’s the image I had too, until I started digging further and it’s much more complex. The truth is that he was involved in the Holocaust too. I didn’t know that until I started the process of writing this book. He was as involved as any of them. He might have not been as gung-ho in his rhetoric about Jews. He came across as ‘the Luftwaffe guy’. But he was just as involved. I first learned that when I did a documentary called Bloodlines. He was part of the Final Solution. He co-authored it. So he was very involved. He was part of setting up concentration camps. And, when they decided to do the Final Solution, he was part of all that.”

Bettina has no children.

In the documentary Hitler’s Children, she says:

“My brother and I had the sterilisation done in order not to give life to other Goerings… I was feeling responsible for the Holocaust, even though I was born after the War, because of my family, who had an active part in it.”

“You got sterilised,” I asked her this week, “because you didn’t want to pass the genes on?”

“And your relationship to Hermann Goering is…” I asked.

“He is the brother of my grandfather on my father’s side,” Bettina explained.

“You were born in the decade after he died,” I said. 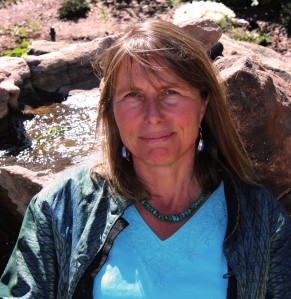 “Her husband – Hermann’s older brother – died very young when she was in her 30s. She had three young boys and Hermann took care of her. I just found out she actually looked after his household at the beginning of the Nazi times – 1932/1933.”

“So,” I said, “by the time you’re really aware of anything, it’s the early 1960s, when people are making films about the Nazi era, but it’s not the immediate past…”

“There was a bit of a limbo time in Germany,” said Bettina, “when really not much was mentioned in education or films and it really came home to me when I was about 10 or 11 and documentaries were shown and that’s when I really started to see how bad it was. Before that, I knew bits and pieces, but I didn’t know what it meant, really.”

“Which obviously,” I said, “must have had an effect on you…”

“There have been different stages to it,” replied Bettina. “I came of age around the end of the 1960s and I got into this whole ‘Anti’ movement. I became left wing, hippie and tried to somehow understand this whole dilemma more and create something else.”

“That’s roughly the time of Baader-Meinhof,” I said.

Baader-Meinhof – in a troubled generation

“Yeah. They were around and one of my friends became one of the second generation of Baader-Meinhof. I was in a left-leaning organisation but for me to use violence was totally out of the question. But some of my friends were starting… You’d be surprised how many people were sympathetic to them (the Baader-Meinhof activists), including us, for a while. There’s a good movie that came out a couple of years ago…”

“The Baader Meinhof Complex?” I asked.

“Yes. That was about the time I was growing up and I think they (the Baader-Meinhof activists and supporters) were partly in reaction to the Nazis in some ways, because most of them were born during the War. All that manifested in themselves.”

“A very mixed-up generation,” I said.

“My mother only met my father after the War,” explained Bettina. “My family was the Hermann Goering family on one side, but my mother’s family were the opposite. Very different families who married each other. My grandfather on my mum’s side was an anti-Fascist. He was once arrested. It was well-known he was supporting Jewish people. He had to be really careful.

“So here I have the Fascist side and the anti-Fascist side both in my family and that made it very… crazy. This trouble within myself was always trying to work itself out.”

“So your book is going to give an inside view of a troubled family?”

“Yes. It’s the inside view and trying to find some way to… You can’t really marry those two sides together… Also I was judging them so negatively that I was judging some part of me. Do you get that? That came to a head at some point where I realised I couldn’t really live my fullest potential  because I was really judging part of me so negatively. That is something I have been striving to overcome. Exactly that. To find some forgiveness in myself – of myself. It’s like an impossible thing to do, but just in order to feel healthy, I feel like I need to do that.

“There’s a lot been written about the Nazis on a very intellectual level but my book will be maybe a more emotional way to deal with it, which is hard for the Germans to do. There’s still all this guilt, conscious or unconscious, and I write a lot about this guilt stuff. On an emotional level, it is not resolved.”

“Who do you think would like to read your book?”

“Well, anybody who has any traumas in their closets. So far, we’ve only approached one or two German literary agents. Until now, we’ve really not been that ready.

“Maybe it will be that a British publisher will publish it first and then it will, in a roundabout way, go to the Germans. We are writing it in both languages and I have been living more in English-speaking countries than I have in Germany. I lived even in England for a couple of years.”

“You are in Thailand at the moment, but you and your husband live in Santa Fe in the US?”

“We’re not sure just now. We are sort of in flux. We have a house in Santa Fe that has still not been sold. It’s gonna take some time.”

“Could you live back in Germany happily?”

“No, I don’t think so. It’s not that I don’t like Germany. We go visit a lot. But I’ve never felt drawn to live there again. I feel it’s a bit limiting.”