Comic going to hell at Edinburgh Fringe offers hug for £5, tongue kiss for £20 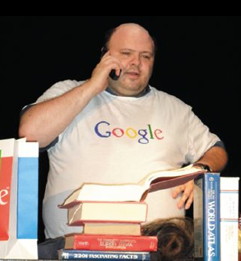 I woke up this morning to an e-mail from amiable American actor, comic, raconteur and fat, bald, loud American guy Craig Shaynak. (Look, gimme a break – it’s the name of his website – fatbaldloud … )

I can vouch for the fact that he is amiable because, several years ago I wrote a review of one of his Edinburgh Fringe shows which I thought was constructive. But, of course, being a sensitive performer on the receiving end, he took it as being critically critical…. Nonetheless, he is still friendly when we bump into each other in the street in Edinburgh every August.

I highly recommend his show this year I Am Google, which has picked up 5-stars. Either I was wrong all those years ago or he has got much better. Almost certainly both.

His e-mail this morning, though, was a general e-mail to Free Festival performers. At the risk of him suing my ass off for breach of copyright and my past failings, this is what it said:

While the Festival has been fun, a few of our own have had some setbacks. There have been some missing props and performers left without a place to stay. (Someone get in touch with Lewis Schaffer if you know of a place to stay!!!!)

At this point, I can reveal exclusively that Lewis Schaffer has a couple of days respite from homelessness on the streets of Edinburgh.

Because comedian Janey Godley rushed back to Glasgow when her daughter collapsed in the street, my spare room became suddenly empty and Lewis is now staying there until Sunday, when Janey returns for her Monday night, one-performance-only play #timandfreya at the Pleasance.

But enough of this blatant though worthy plug.

Recently, one of my personal favorite acts, Abigoliah Schamaun has endured a burglary. I thought it would be nice of us to pitch in and try to help her recuperate some of what she lost… Please read the message from Abigoliah below and see if you can’t pitch in and help. We’re all in this together! 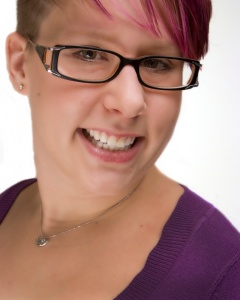 So after having one of those great nights at the Fringe where my show sold out and meeting my favorite comedian ever, I got home to my flat to find it was broken into. Someone had crawled through my window (which LOOKED locked but apparently DIDN’T lock) and stole £300, my MacBook Pro, my digital camera and my camcorder battery, but not my camcorder (weird right?)

The police were called, the room was dusted for finger prints and it was concluded that someone did come through the window. However, he or she was wearing gloves so we can’t identify them based on finger prints. The Fringe community and others have been really helpful, finding me new accommodation, offering couches for me to crash on and what not. The only people who were not helpful were the landlord and the letting agency. They are taking no responsibility for the un-lockable window and refuse to give me back part of my money.  But, like I said, the Fringe community has been really sweet. So thank you for that! On the upside, I have new jokes for my hour long show!!

Craig suggested we do a fundraiser online so I might be able to recuperate my losses.  I know we all have spent a lot of money to be here so if it’s out of your budget, I understand. Unfortunately, I did not have insurance and any amount you can give will go a long way. If you do donate to my cause, I’ve arranged prizes:

£5 a big bear hug and a kiss on the cheek

Thanks, guys, for taking the time to read this and if you can help at all you can make a donation to my PayPal account.

See you around the Fringe!

I have removed Abigoliah’s contact address in case she gets the wrong type of response, but will happily pass on the details of anyone who wants to genuinely get in touch.

I think her £20 and £100 prizes represent the true Spirit of the Fringe and almost count as a Cunning Stunt in Malcolm Hardee Award terms – a Cunning Stunt does not always have to be a conscious publicity stunt, as Stewart Lee proved in 2010.

But Abigoliah did, perhaps foolishly, fall at the first hurdle of publicity: she forget to plug her show in the e-mail.

Now, £100? That’s almost the price of two cappuccinos in Edinburgh in August. 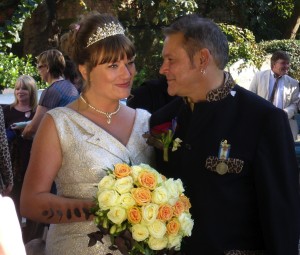 Nick is himself extraordinary – a former British Army soldier who became a very very good stand-up comedian with itchy feet which meant he was forever travelling the world. At one time, he told me he was thinking of settling in the Far East but instead he got married in 2008 and moved to Whitstable. And, having been at the leopardskin-themed wedding (I can’t remember what I wore) and seeing him with his wife, I think he made the right decision.

I don’t think I have actually seen him since for any length of time, though we might have bumped into each other at the Edinburgh Fringe. But I do remember a meal we had at Kettner’s in London’s Soho on Thursday 21st November 2002.

Alright. I kept a diary, now transferred to my Apple Mac, and I did a ’search’. The diary entry for Thursday 21st November 2002 reads:

Lunch with comedian Nick Wilty at Kettner’s in Soho. In the 20 minutes before Nick arrived (I was early), I sat in the almost empty bar. The only other people there were former Kray Brothers associate Freddie Foreman and three men apparently talking about an armed robbery which had gone wrong and whether or not The South African had double-crossed them.

Nick told me he had left the army after the Falklands War because it had become boring – doing the same thing day in and day out. He served c1978-1982 but avoided Northern Ireland by (truthfully) saying he had lots of Irish mates and his sympathies tended towards Republicanism.

Nick told me that going onstage was like the first time he parachuted or bunji-jumped – fear in the pit of your stomach then a sudden change to exhileration when you were actually doing it.