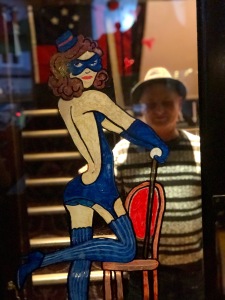 It’s Camden Cabaret and the man behind it…

Martin Besserman, host of the long-established London comedy club Monkey Business is starting another night on Friday this week at his regular venue – the Pembroke Castle in Primrose Hill/Chalk Farm… It is not altogether comedy, though there will be some.

So we had a chat about it in his car, because it was raining. Well, you would, wouldn’t you? It was bloody wet.

JOHN: So, your new Camden Cabaret night. It involves burlesque. Will you be getting your kit off?

MARTIN: (LAUGHS) The most I’m likely to do is show a nipple. Those days of me showing a bit of my body – which I used to do at Speaker’s Corner – are long gone.

JOHN: You’re a long-time comedy venue runner. So why are you starting it? Bottom fallen out of comedy?

MARTIN: Well, all businesses are challenging. I was once a market trader. Before that, I was in a band and this is part of my journey in life. I’ve always been attracted to providing entertainment.

JOHN: So from band to street market to comedy to stripping.

MARTIN: I think stripping is an exaggeration. These days, stripping completely naked is rare. The emphasis is more on the creative aspect. I have gone through something like 150 different clips to identify the more creative and funny burlesque performers.

JOHN: How you suffer for your art…

MARTIN: (LAUGHS) But the shows are not just burlesque. It’s a real variety show. 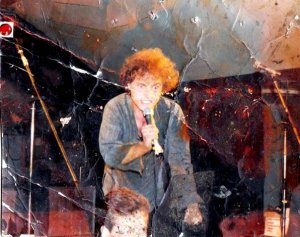 MARTIN: And variety was on the bill before the 1980s as well. Bruce Forsyth and Ken Dodd and all those people. Our shows will have burlesque and drag artists and comedians and magicians. The character of the night will be one of unpredictability.

JOHN: Ironically, a lot of those old-school comics learnt their trade dying terrible on-stage deaths to apathetic audiences in between strippers at The Windmill.

MARTIN: Well, the new type of burlesque has really taken off in a big way. It is huge. Once there was an awareness that I was going to host this kind of night, a lot of performers – more than I had ever envisaged – were sending me their clips and wanting to get on the night. Perhaps in recognition that Monkey Business has been hugely successful over many, many years.

JOHN: Will you be having comics like (I NAMED A SPECIFIC COMIC) on the Camden Cabaret bill?

MARTIN: Well, we are living in a completely different political environment and it’s a dilemma for me to allow people to be a little bit rebellious on stage without offending customers who you want to return.

MARTIN: And you know why also? Because the burlesque performers are primarily feminists. 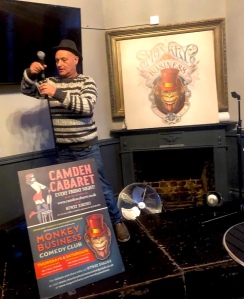 Martin starts to prepare for the big night on Friday

On the night that Stephen Bailey is hosting – because I’m taking a back seat on some of these – he has an act on called Soul Illusion, a wonderful magic dance act.

What I’m trying to bring to this night is unpredictability. And it’s all about costumes as well. I’m trying to create a combination of old fashioned AND new entertainment. By doing that, we will hopefully cater for all.

It’s a cabaret night that happens to have a bit of burlesque in it. And comedy. And drag. But not always drag and not necessarily always burlesque.

It will cater for the straight AND the gay community. I should point out that The Black Cap in Camden closed about five years ago. It was a gay pub before homosexuality was even legal. (Homosexuality was decriminalised in the UK in 1967) It did temporarily relocate to another venue in Camden, but it was very very short-lived.

JOHN: A bit like the late lamented Madame Jojo’s in Soho, then…?

JOHN: And Camden Cabaret is not replacing Monkey Business but is running in tandem… 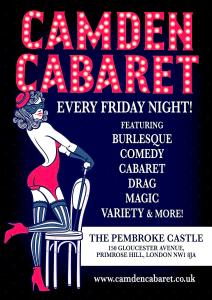 MARTIN: Yes. Monkey Business is at the Pembroke Castle on Thursdays and Saturdays… and Camden Cabaret is on Fridays.

JOHN: You have President Obonjo appearing on your second Camden Cabaret show – presumably not stripping – and the wonderful Malcolm Hardee Award winning Candy Gigi compering your third and fourth nights.

MARTIN: Yes. For what I want to achieve with this kind of night – unpredictability – she will be fantastic. I want it to be a crazy kinda night.