Who are the British? Or are they at all?

During last night’s General Election coverage – with the Scottish National Party effectively wiping out the other three parties in Scotland, Labour just-about holding the North of England and the Conservatives (except in London) dominating the South – someone on BBC TV talked about a three-colour layered cake of a nation. Yellow at the top, red in the middle and blue at the bottom.

The line between red and blue is somewhat skewed by Wales being red, but it is a fairly good image.

The constituency result of the 2015 Election

I think to people outside the UK – particularly to people who have always referred to the UK as “England” – the extent to which the UK is and always has been a hotchpotch has never been realised.

My blog yesterday headed Maybe the Scottish Nationalists should move the border south into England? was about nationality.

That was about what the people on the island of Britain – England, Scotland, Wales – were arguably like, not about the individual nations.

There were a couple of interesting comments about that November 2010 blog – one made in June 2013 and one made in October 2014 – and, yesterday, an unknown (to me) person called Dean replied to both of those comments. Below I reprint the comments and Dean’s responses as an interesting insight into some people’s thinking, which is perhaps relevant in view of the strong support the UK Independence Party got in yesterday’s election.

I have to say I think some of Dean’s facts are a tad suspect – and I think he confuses “British” with “English” – but his views are interesting. 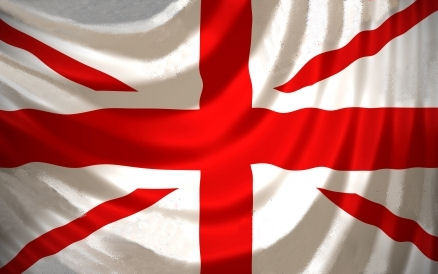 The Union flag without the Scottish St Andrew element in it

I think all Germanic countries are more violent than Southern European countries. It’s strange because they tend to be richer and more successful than the Southern European countries. There is a big drinking culture and that only makes things worse. England is worse than other Germanic countries like Germany and Holland when it comes to violent behaviour. There is a big difference here between working class and middle class people. The working classes are often undereducated and this leads to poverty, child pregnancy, unemployment which in turn leads to frustration and violence.

England is not a Germanic country in the very least… England is a pre-Celtic origin country. Germanic invaders had little impact there unlike the myth usually tell us… Germanics like Dutch or German are cold with the outsider but gregarious with their family and close friends…They are direct, can appear rude as being too direct but are in reality very honest and civilized people, who rarely will fight. They have respect for human beings and love to discuss like civilized humans.

Britons like to cheat… They are polite, which means they always will show you fake acceptance… but they do nothing else but backstab you… The Brits are not direct people… and that can grow a big bad enviroment… People don’t really know how to communicate in England… so every frustration comes in form of physical aggression. Brits love to fight and have no sense of human aesthetics or style.

Dutch, Germans, Swedish, Danish, Norwegians, etc – true Germanic people – are very civilized people. They can be colder but once you get to know them well they will accept you and they will be honest to you; they have sense of human aesthetics; they like to appreciate human life and love to look good.

Britons are animals. They don’t care about people but only about their own instincts.

English origins aren’t Germanic. English look the same as Irish or Scottish. The Anglo-Saxon impact in England was tiny. Most English roots (as much as 80%) come from pre-Germanic/pre-Celtic inhabitants, which were of neolithic origin.

That’s why there are so few natural blonde and Nordic/Germanic looking people in England or the UK compared to Scandinavia, Holland or Germany. Most Brits have dark hair, pale skin and hazel eyes and their stature is mediocre at best.