People are hypnotised by complexity and they confuse novelty with creativity 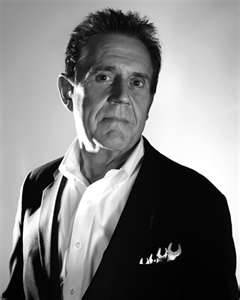 Dave Trott gave his lecture today at the LSE

While giving credit where credit is due.

Well, that’s what I tell myself.

Which is my lead-in to quoting part of the fascinating lecture I attended today at the London School of Economics.

The lecture was titled One Plus One Equals Three: A Masterclass in Creative Thinking and was given by advertising man Dave Trott, who co-founded three major ad agencies – Gold Greenlees Trott, Bainsfair Sharkey Trott and Walsh Trott Chick Smith.

He was part of the creative team behind the ads Allo Tosh, Got a Toshiba?… Holsten Pils refreshes the parts other beers can not reach… Ariston and on and on… and the Cadbury Flake ads.

I can do no better that quote his introduction to the lecture.

What I’m going to talk about is specifically creativity in advertising, but it’s creativity which works wherever you find it. Edward de Bono, the man who invented lateral thinking, said: There are a lot of people calling themselves creative who are actually mere stylists.

As Edward De Bono said: Most people can’t tell the difference between style and creativity…

Dave Trott was giving the lecture to publicise his new book One Plus One Equals Three: A Masterclass in Creative Thinking.

I do not know Dave Trott.

I have not read his book.

But, on the basis of his lecture today, I suspect it is exceptional.

He also writes a blog.

There’s a lot of that about.