It’s that time of year when people start posting lists.

Here are my Top Fifteen favourite films in alphabetical order…

Well, as far as I can remember… I’ve probably missed a lot out… 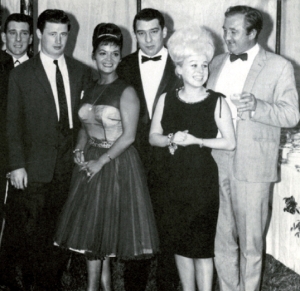 In a blog a couple of weeks ago, I was saying the word ‘gangster’ is a strange word but, if it has to be used, then Micky Fawcett, a close associate of the Kray Twins, probably counts as one.

A former one. He wrote the highly-admired memoir Krayzy Days.

I got talking to him about movies.

JOHN: You told me that people in the business like The Godfather: Part II. That surprised me.

JOHN: It’s a lovely film, but I think about two-thirds of it is in Sicilian. I think Paramount considered putting it up for an Oscar as Best Foreign Language Film.

MICKY: Maybe that’s why people liked it. My favourite ones usually are the French ones – I’m watching one now on television – Spiral – this is the second series – it’s a subtitled French police thing.

MICKY: Not so much the Scandinavian ones; more the French.

MICKY: Realistic. In the last one I saw, there were two policemen on a stake-out who have a fight with each other. You didn’t get that in Dixon of Dock Green. When I was growing up, everyone used to say: Oh! English gangster films! They’re useless! I remember them talking in The Kentucky Club with Joan Littlewood and one of her crew. You go down to get costumes for them films and you get a black shirt and a white tie… but nobody dresses like that! They were in the Kentucky surrounded by genuine gangsters.

JOHN: I think British gangster films got better after Get Carter. That and The Long Good Friday were good.

MICKY: They didn’t do much for me. There was Villain with Richard Burton…

JOHN: That was based on the Krays, wasn’t it?

JOHN: Why was that good?

MICKY: I never said it was.

JOHN: It just felt to me like watching Richard Burton playing a part. I never really believed in it. I believed Donnie Brasco.

MICKY:  Yes, that was very good. But it was too good for the ordinary person.

MICKY: Well, people like to see more shooting and violence and all that type of thing if they’re gonna watch a gangster film. But Donnie Brasco was very, very realistic. The scenes with Al Pacino in the house. A really, really good film.

MICKY: That worked. It used to. They’re gone now: the Mafia. It’s the Russians now.

JOHN: I think maybe it helped it was made by an English director – Mike Newell, who did Four Weddings and a Funeral – he could see things objectively.

MICKY: Goodfellas I liked – That beginning and the cigarette as a currency.

JOHN: I don’t really like Martin Scorsese – in Mean Streets they really did just mutter.

MICKY: I thought that was a good film.

JOHN: The Departed was OK and I liked Casino. I think a lot of that is based on reality. The head-in-the-vice scene where the eye pops out.

MICKY: The line I remember in Casino is when the old-timers are talking and the boss says “Look, why take a chance?” So they shot him.

(EXTRACT FROM THE CASINO SCRIPT)

The BOSSES are gathered around a conference table as the

lawyers and nurses silently walk out the door as if on cue.

you know how things are gonna work out.

It’s always better with no witnesses.

So, what about Andy?

THE CAMERA PANS FROM ONE BOSS TO THE OTHER.

oxygen mask once the

door behind him is

He won’t talk. Stone is a good kid.

That’s the way I see it.

He’s okay. He always was.

Remo, what do you think?

Look… why take a chance? At least,

that’s the way I feel about it.

JOHN: And I think that was based on a real incident too. Any British equivalent to that? 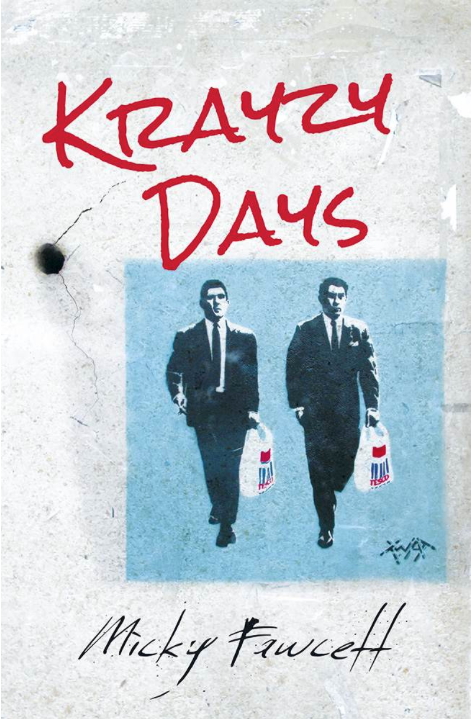 Last night I went to the Museum of London’s Docklands cinema for a special screening of the 1981 movie The Long Good Friday, introduced by its scriptwriter Barrie Keeffe. Very appropriate, as the film’s plot is partly about 1980s plans for Docklands’ re-development. In the film, there is a model of what Docklands might look like in the future. As Barrie Keeffe said last night: “We never imagined it would look like it does tonight – Manhattan…”

I am a great admirer of The Long Good Friday – it is on an equal footing with Get Carter as the greatest British gangster film ever made.

I have blogged before about The Long Good Friday – I was working at Lew Grade‘s ATV in Birmingham when the film encountered its post-production problems.

Both Barrie Keeffe and I assume that Lew Grade did not actually read the script before agreeing to finance the £1 million film but then – hey! – I never read the Killer Bitch script which I financed – I still haven’t. Not that the two movies are exactly comparable… Anyway…

When Lew Grade saw the completed movie of The Long Good Friday, he was so shocked by some of the plot details – especially the film’s climax – that he refused to release it as a feature film, refused to screen it on TV without massive cuts to the violence and the plot and even refused to allow anyone to buy it off him – until George Harrison (yes, the Beatle)’s Handmade Films made him an offer he felt he couldn’t refuse – a financial offer not involving any horse’s head.

It is difficult to discuss The Long Good Friday without mentioning the twist that most offended Lew Grade, but here goes…

There are two scenes at the end which feel like the rounding-off of a normal thriller but then there’s a sudden shock ending which should, in theory, have an equally sudden cut-to-black (as in French Connection II). Instead, director John Mackenzie uses a final static and very effective shot held on one character’s face for an extraordinarily long time.

Barrie Keeffe says his inspiration for The Long Good Friday was his love of film noir movies from the 1940s and 1950s. He wanted to make a black and white Humphrey Bogart film noir of the 1940s in colour in 1979 (when the film was written) – and he always had the then relatively inexperienced Bob Hoskins in mind for the central role of gangster Harold Shand; producer Barry Hanson had previously worked with Bob.

Barrie and Barry had a crucial script discussion with Bob shortly after he returned from filming Zulu Dawn in South Africa. They went to see him at the School of Tropical Medicine in London because he had managed to get ill with a 26-foot-long tapeworm inside him during the shooting. The film-making duo were told by medical staff not to get Bob excited about the Long Good Friday script because they were operating on him the next day and, if he got too excited, the tapeworm might split in two with dangerous consequences. Bob got excited but the tapeworm kept calm.

One format for film noirs is that the chief protagonist is a gangster who faces rivalry from another gangster. Barrie decided to make the opponent Harold Shand faces not a rival gangster with his own values but an opponent of an entirely different kind who does not share Shand’s values.

Perhaps mistakenly, Barrie revealed who that opponent was to the audience before last night’s screening and some members of the audience had not previously seen The Long Good Friday. A friend who was with me had not seen the movie before and told me afterwards that knowing whodunnit had not spoiled her enjoyment of the film (she said it was “brilliant”) but I still think audience ignorance is a good thing in The Long Good Friday.

The film was criticised by one newspaper for over-use of religious symbolism – in particular. the sequence in which one man is found crucified on a wooden warehouse floor. But, as Barrie explained, this was not uncommon as a punishment in London gangster circles at the time. As a young reporter on East End newspaper the Stratford Express, he was once sent to interview the victim of a crucifixion. The guy lay there in his hospital bed covered in bandages and, when Barrie asked him what had happened, his reply was: “It was a self-inflicted D.I.Y. accident.”

Barrie’s background was partly as a journalist on the Stratford Express during the heyday of the Kray Twins in 1960s London. As an innocent-eyed 18 year old, he once stood in the men’s toilet of an East End pub with notoriously violent and rampantly gay Ronnie Kray.

“Take a look at this,” Ronnie said to him standing at the urinal, looking down at his own groin. “Go on, son, look at this – the handle on it.”

Barrie was relieved it was only a gun.

In The Long Good Friday, there is a scene in which a gangster is approached by a woman in black widow’s clothing who raises her veil and spits in his face. This was taken from a real incident in which a bereaved widow raised her veil and spat in Barrie’s face after he had pretended to be working for a newspaper rival of the Stratford Express.

After the screening, I was able to talk to Barrie briefly and ask if it was true that he had once been going to re-write John Osborne’s classic 1950s play The Entertainer with comedian Malcolm Hardee in the Laurence Olivier role.

“I wasn’t going to re-write it,” Barrie told me, “but we were going to adapt it to suit him.” He paused, then added: “But I don’t know what his discipline would have been like…”