I woke up with the same very slightly hard-edged cough I had last night but it was, again, difficult to know if this was real or a slight variation on my normal lifelong dry cough…

I emailed a comedian to see if they were OK and got this reply:

“Yes I am OK, John. But it’s a war crime against humanity. It’s phycological warfare.

to distance humans from each other

the fear is a virus

force everyone on to Universal Credit

the scrap heap of society

next up forced vaccines and 5g

This is crime against humanity.

Someone else (not a comedian) told me that her spiritual advisor had told her the whole coronavirus thing had been a purge by the spirits. They had decided to wipe out Mankind but had changed their collective mind. Now it is pretty-much over because the spaceships which were seen over Goa at the weekend and over Peru the previous week have gone away.

In the evening I went out for a one-hour walk – the government says we are allowed out once a day for exercise. When I got back home, I was a bit light-headed and had – I think – the tiniest hint of little headaches, but I could have just been imagining it.

We are supposed to keep 6 feet or 2 metres apart, unless we are living together. Thank heavens UK social distancing rules do not apply if you share a household… 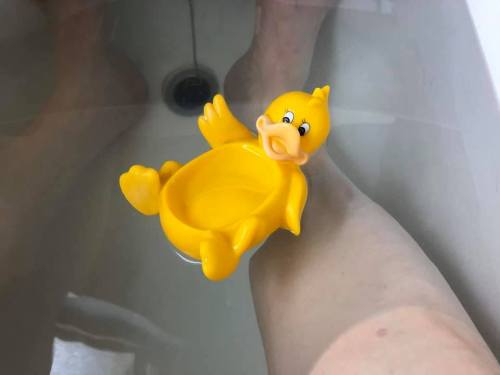 A comedy performer has posted on his Facebook page:

I called it yesterday: Pandemic Panic gonna be over by April 6th. Only 28 people died in the UK yesterday.

Around teatime, again, I went out for a one-hour walk. And, when I got back home, I was very slightly light-headed and ever-so-slightly woozy but, again, I could have just been imagining it.

I feel back to normal today.

The comedy performer who posted on his Facebook page yesterday that the coronavirus outbreak and ‘panic’ would all be over by April 6th today posted:

“The whole aim of practical politics is to keep the populace alarmed (and hence clamorous to be led to safety) by an endless series of hobgoblins, most of them imaginary.” (HL Mencken)

Conspiracy theories are sometimes – for some people – easier to understand than reality. And so they are strangely comforting. Because we have all seen the twists in Hollywood movies where the government turns out to be the ultimate ‘baddie’. The devil and plot explanation you know is better than the devil and plot development you don’t know and can’t predict.

Prince Charles has announced he has tested positive for COVID-19 and will self-isolate for 7 days.

My chum Janey Godley, the much-lauded Queen of Scottish Comedy and nemesis of faux President Donald Trump, posted this on her Instagram, headed: Day four of self-isolation.

The bad news (for them) may be that her husband, daughter and dog all have to self-isolate with her

When I do my daily walk to get exercise in Borehamwood, everyone is very polite and keeps their distance. If you see someone coming towards you on the pavement, one of you moves to one edge of the pavement – or sometimes into the road (which is mostly devoid of traffic) and the other person moves to the other side of the pavement. Sometimes, the two people acknowledge each other with a smile or a nod of the head to say Thankyou. It feels like I have been transported back to an Agatha Christie novel set in a 1930s English village… and the killer is still on the loose.

Other views are available. Someone I know of Indian origin posted:

Walking down the street and having old white people cross the road when they see me… Now I know how my dad felt when he came to the UK in the 1960s. No Blacks, no dogs, no virus.

Two metres is the distance we are supposed to stay away from strangers during this coronavirus outbreak… I only understand feet and inches, so I have no idea what 2 metres is.

But I heard a useful explanation on BBC News today. If you imagine the body of an average-sized dead man lying between you and the other person… that is about it.

That I can imagine.

Someone I know lives in a commune in North London. Who knew such things still existed? He tells me:

There was a minor drama in my house yesterday… The conspiracy theorists who live here actually went to the local hospital to prove that there was no such thing as coronavirus. They went to the chest unit!

When they got back, they talked loudly about it in the garden – about how the doctors weren’t wearing masks. They talked very loudly so everyone could hear because they thought then everyone would realise it wasn’t happening and it is just a conspiracy.

You can imagine the response. Everyone else started freaking out… I’m surprised they weren’t lynched.

I am going to have to try to talk to them again. But it’s really stressing me out because I’ve tried before and now they hate me because I don’t agree with them because that’s how groups work.

A little later, I got an update:

I feel better. I started shouting at the conspiracy theorists about fuck knows what and now I feel better. I had kinda let them chat before because I don’t want to be right about everything, but I had to say something now they’re running around hospitals and are trying to organise a flash mob of young people to meet outside Parliament to defy the ban (and no doubt give each other corona that will kill their grandparents).

I spilt oats on the floor during the row in the kitchen, but not milk – and there’s no use crying over spilt oats.

Yesterday, 181 people with coronavirus died in the UK.

Today, Prime Minister Boris Johnson and Health Secretary Matt Hancock announced they had tested positive for coronavirus and each would self-isolate for seven days.

And I found a message in the spam folder of my email account. It started:

Here is Great News. The UK Government website has downgraded the seriousness of Corona Virus. The Advisory Committee on Dangerous Pathogens (ACDP) is also of the opinion that COVID-19 should no longer be classified as an HCID.

However, We Still Have a PRISON PLANET No Matter what The Honest Scientists Say.

Why? Most European and World economies are now at a standstill. Virtually all European car manufacturing has come to a halt. I have talked about the coming collapse of the world economy since 2008 and I have done my best to tell people to protect themselves by getting healthy.

The Pharma/Medical Cartel have been concerned for a while that the public were realising that vaccinations may not be as safe and effective as claimed. This followed CDC researcher Dr Bill Thompson’s revelations who published 10,000 documents exposing a cover-up of side effects and failure of vaccines and autism. The Pharma/Medical Cartel quickly realised that Covid-19 that originated in China was an opportunity to terrorise the population by exaggerating its effects. Vaccines could be shown to be our saviour.

I strongly recommend getting healthy rather than any drug route. Eat more colourful vegetables.

Really healthy people don’t die of Flu or Corona Virus. Read and follow the plan in my eBooks, even if you can’t afford everything.

Like Hippocrates, my books help you to practice health care and follow his famous teaching, “Let Food be thy Medicine, and Medicine be thy Food”.

My bestselling book is now available on a download for all of my readers. Quite simply, this book could change your life!

We are allowed to go out only once a day to exercise and you are allowed to travel in to work if your job is deemed essential, but anarchy appears to have broken out in Northamptonshire.

The BBC reports Nick Adderley of Northamptonshire Police saying that the force’s control room has had “dozens and dozens” of calls about people ignoring the order to ‘self-isolate’.

“We are getting calls,” Nick Adderley says, “from people who say ‘I think my neighbour is going out on a second run – I want you to come and arrest them’. We would not want to discourage people from making us aware, but we have to set expectations. We won’t have police officers crashing through garden fences to check the ID of everyone who is there to see whether they live at the house or whether they should be self-isolating… If people think we will be descending on these houses with blue lights, then we won’t.”

Superintendent Ash Tuckley, who leads the control room, says other queries have included someone asking if it was illegal NOT to cough into a tissue and a man who asked: “My wife doesn’t think her job is essential but I do and she’s working from home. Is there anything I can do?”

260 people with coronavirus died yesterday in the UK. The victims were aged 33 to 100 with at least 13 of them being healthy adults with no other underlying health problems.

Echoing what was said around a couple of weeks ago, at the beginning of the outbreak, the medical director of NHS England, today said if the number of deaths can be kept below 20,000 the government will have done well.