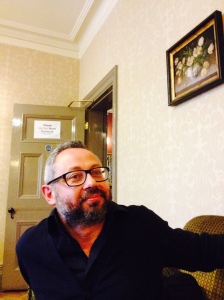 His new Edinburgh Fringe show this year is about German composer Richard Wagner and, more specifically, Wagner’s Ring of the Nibelung.

Giacinto jokes that he has explained its plot to all his ex girlfriends (with the emphasis on ‘ex’) and now he wants to do the same with his audience.

It is going to be all about dwarfs, giants, Walkyries, magic helms and love potions and their connection with office parties, IKEA, Facebook and modern dating rituals.

I talked to Giacinto about it yesterday in the upstairs room of a pub off Shaftesbury Avenue.

“I’m challenging myself to laugh at my hero,” he told me. “One of the themes I’m developing in the show is laughing at your heroes in order to avoid falling into fanaticism. I thought: I really love Wagner; he’s always been a hero of mine. Let’s see if I can laugh at something I really love.

“Are there a lot of laughs in Wagner?” I asked. 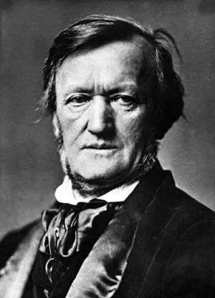 He liked to climb trees & stand on his head

“Well,” said Giacinto, “he was a very funny man. He liked to climb trees in his friends’ gardens for no reason. When he was very happy about something – particularly during rehearsals – he used to stand on his head. He was very histrionic. His works are not always that funny, of course.

“But comedy is a way of talking about things rather than a specific subject. The Great Dictator, the Chaplin film about Hitler, was very funny., but the subject was not funny. I don’t think there are ‘comedy subjects’. There is a comedic way of talking about subjects and, actually, the less obvious the comedic connection, the more interesting it can be.

“The Australian comedienne Hannah Gadsby did some very good shows last year about the history of art. I think there is more room in comedy to explore difficult subjects.

“You can talk about something which is already funny – but, in that case, the added value of your comedy is very low – or you can talk about what interests you – in this case Wagner – in a funny way and that is what I am trying to do.”

“Wagner’s stuff is very emotional, isn’t it?” I said.

“It’s even considered dangerous,” said Giacinto. “Wagner said about Tristan and Isolde – Only bad performances can save me, because good performances will drive people crazy. And it’s true. The intensity of it will drive people mad. Some music director said that the Second Act of Tristan and Isolde contains seven simultaneous orgasms. Try that in life.”

After talking to Giacinto – unusually for me – I looked up some background. 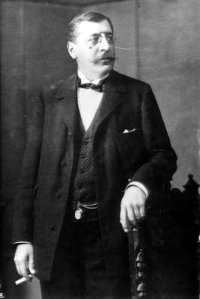 On 21 June 1911, Felix Mottl uffered a heart attack while conducting the Second Act of Tristan in Munich. He died 11 days later.

In 1968, Joseph Keilberth died after collapsing while conducting the same part of the Second Act of the opera, also in Munich.

“I am trying to tell the plot of The Ring in parallel with my own life story, trying to explain the connections and the gaps in my life that I use Wagner to fill.”

“Women wearing horns on their heads?” I suggested.

“Well,” said Giacinto, “it has been noticed by, among others, Bryan McGee that mainly lonely people love Wagner.”

“Probably because of the intensity of the emotions,” said Giacinto. “People who feel that gap the most, who are trying to fill it through art. 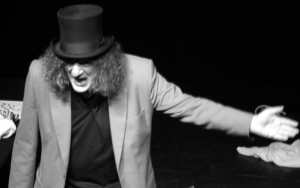 “It’s like…” said Giacinto. “It’s like you take your liver out of your body and put it on the table. You look at it. You are disgusted. But you know it is part of you. It is just a part of you that you don’t normally want to recognise. When you hear Jerry Sadowitz going so deeply into stuff which is (or, at least, seems to be) a bit misogynistic or a bit racist, you know That is what we built civilisation to protect us from. But it is very difficult to be civilised all the time. So you go and see someone like Jerry Sadowitz and, for one hour, you are allowed not to be civilised any more. You are allowed to get in touch with your more selfish instincts.”

“So Wagner is uncivilised?” I asked.

“Wagner,” suggested Giacinto, “is a holiday from civilisation. For 3 or 4 hours, when you watch Wagner, you are allowed to be in touch with a level of emotion, with ideas and themes – like incest, for example – there is a lot of incest in Wagner – the kind of stuff that normally people don’t accept.

“For the duration of the work, you are allowed to get in touch with a level of passion – perversion, if you want – which normally you are not allowed to accept in your life. Just like Jerry Sadowitz. A holiday from civilisation.”

“I seem to remember Jerry loves Mahler,” I said.

“That’s interesting,” said Giacinto, “Because Mahler was a disciple of Wagner. I love the Adagietto from Mahler’s 5th, which is the music from Visconti’s film Death in Venice.”

“So,” I said, “you are going to do a totally uncivilised comedy show about a perverted German composer?” 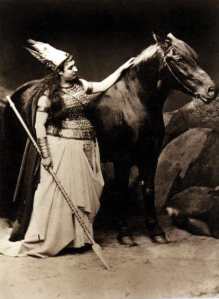 “Well,” replied Giacinto, “comedy itself is a holiday from civilisation. It is sometimes a holiday from logic, a holiday from being polite, a holiday from making sense. It is an area of freedom. I think there is a lot in common between comedy and the type of art which Wagner represents. Because it offers you room to experiment and feel things that normally you are not allowed to experience.”

“You are previewing the show in Brighton this month,” I said.

“And in my living room,” said Giacinto, “which is something Wagner himself used to do.”

“He used to preview his operas in your living room?” I asked.

“No,” said Giacinto. “He used to do readings of his libretti and perform piano excerpts in front of his friends.”

“It must have been a big living room,” I suggested. “Wagner is a bit loud.”

“But there is also a very soft side to Wagner,” said Giacinto. “There is so much else to Wagner than The Ride of the Valkyries. There is a Wagner who gives voice to the forests or to water or to animals. There is a Wagner of the small things. He can be very lyrical. His palate is so rich. He is much more nuanced than people credit him.

“Mark Twain joked that Wagner’s operas are better than they sound. Music is only one part of something more complex. It’s a great example of how a joke can explain more than a detailed academic analysis.

“And Wagner is a great role model: the way he pursued an impossible dream of creating this cycle of operas which was impossible to stage. He worked on it for 26 years. It was very long; it required a type of singer that didn’t exist – a very ‘acting’ singer – and it required an audience that didn’t exist. It was not proper opera, it was not theatre. To attempt something like that really required a courage, a faith in himself.

“Of course, if you dare so much and you win it is quite understandable you become very arrogant. Of course he was a megalomaniac and full of himself. Only someone who IS can achieve such a difficult project. But he is a reminder of the fact you should dare, you should take risks. He had amazing artistic courage.”

“Are you using costumes?” I asked. 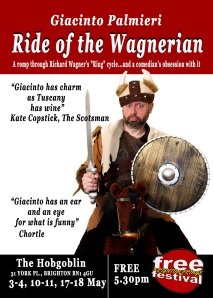 “No,” said Giacinto. “Just for the poster. For me, finding socks in the morning is difficult enough.”

“Pink Floyd. The Wall and Dark Side of The Moon.”

“And who else liked Wagner, apart from Hitler?”

“T.S. Eliot was a fan,” said Giacinto. “The Waste Land is full of references.”

“I don’t think I’m intelligent enough to understand The Waste Land,” I said.

“Like Wagner,” said Giacinto, “The Waste Land is one of those works you can spend all your life interpreting and finding new meanings in. That’s why Art is not Science. It is always open to interpretation. You can spend a lifetime in Wagner’s Ring.”

“Why are you laughing?” asked Giacinto.

“It was when you said You can spend a lifetime in Wagner’s Ring,” I explained.

“We have found your level there,” said Giacinto.