What you can learn from Disney, Alton Towers and UK TV host Jonathan Ross 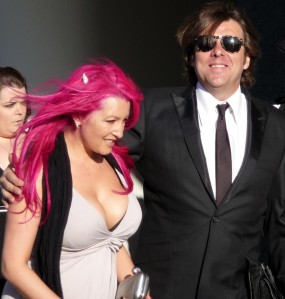 Jonathan Ross and his wife Jane Goldman at the BAFTAs

Many moons ago, I spent two weeks – or was it four? – at the Alton Towers pleasure park where Granada was producing a children’s TV show.

At the time, Alton Towers was run by businessman John Broom, who had looked at research done by the Walt Disney corporation on how people perceived their leisure parks.

The key realisation John Broom got from this research was that the two things which visitors most vividly remembered were the very first image they saw as they stepped out of their cars in the car park – because that was what they thought-of as the start of their ‘adventure’ – and the last image they saw when they left the amusement park.

The Alton Towers car park had previously been in a nondescript area but, after reading this research, John Broom moved it so that the first view which visitors had when they parked and stepped out of their cars was the Alton Towers stately home on the other side of a shining lake. The same image was used on Alton Towers’ video and print marketing.

Research showed visitor satisfaction for the experience of the whole amusement park increased after the car park had been moved.

It sounds obvious – the first and last scenes in anything – a visit to an amusement park, a movie, a stage show, a meeting with a stranger – they are always likely to be the two things with most impact.

But, though obvious, it is oft forgot.

Jonathan Ross once told me that, even when he was a penniless starting-off TV researcher, although he could not easily afford them, he always wore Armani suits. He dressed to impress.

People tell me I should not dress so shabbily.

I should know better.