Tag Archives: In the Place of the Dead 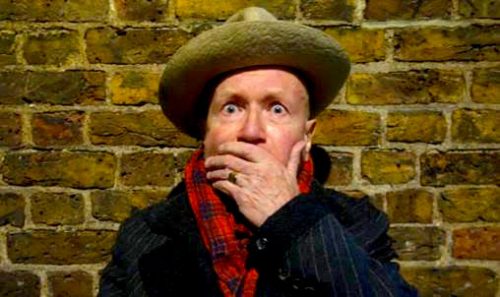 My previous blog here was about writer-producer-hyphenate David McGillivray’s upcoming autobiography Little Did You Know.

At the end, he mentioned that he had optioned movie rights to Robin Maugham’s scandalous novel The Wrong People, which he is pitching to prospective financiers.

Non-producers/financiers seldom see actual pitches. They only see the finished product if it ever gets made.

So I thought it would be interesting to print the text – with his permission – of McG’s sales pitch for The Wrong People. Here it is. The photos in the pitch were taken in the 1970s by actor Sal Mineo. 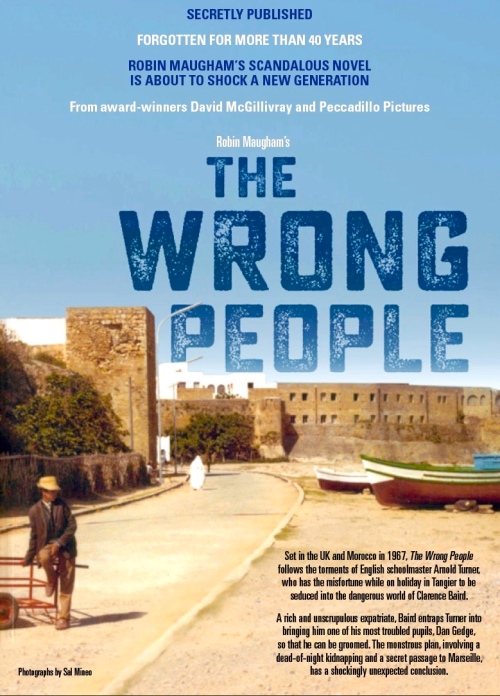 FORGOTTEN FOR MORE THAN 40 YEARS

Set in the UK and Morocco in 1967, The Wrong People follows the torments of English schoolmaster Arnold Turner, who has the misfortune while on holiday in Tangier to be seduced into the dangerous world of Clarence Baird. A rich and unscrupulous expatriate, Baird entraps Turner into bringing him one of his most troubled pupils, Dan Gedge, so that he can be groomed. The monstrous plan, involving a dead-of-night kidnapping and a secret passage to Marseille, has a shockingly unexpected conclusion

Robert Cecil Romer Maugham, 2nd Viscount Maugham, and author of The Servant, took the advice of his famous uncle Somerset when he wrote The Wrong People. 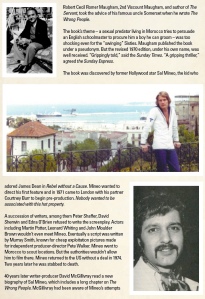 The book’s theme – a sexual predator living in Morocco tries to persuade an English schoolmaster to procure him a boy he can groom – was too shocking even for the “swinging” Sixties. Maugham published the book under a pseudonym. But the revised 1970 edition, under his own name, was well received. “Grippingly told,” said the Sunday Times. “A gripping thriller,” agreed the Sunday Express.

The book was discovered by former Hollywood star Sal Mineo, the kid who adored James Dean in Rebel without a Cause. Mineo wanted to direct his first feature and in 1971 came to London with his partner Courtney Burr to begin pre-production. Nobody wanted to be associated with this hot property.

A succession of writers, among them Peter Shaffer, David Sherwin and Edna O’Brien refused to write the screenplay. Actors including Martin Potter, Leonard Whiting and John Moulder-Brown wouldn’t even meet Mineo. Eventually, a script was written by Murray Smith, known for cheap exploitation pictures made for independent producer-director Pete Walker. Mineo went to Morocco to scout locations. But the authorities wouldn’t allow him to film there. Mineo returned to the US without a deal in 1974.

Two years later he was stabbed to death. 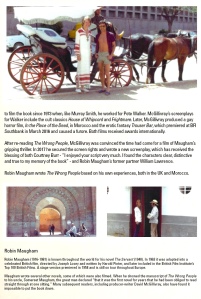 After re-reading The Wrong People, McGillivray was convinced the time had come for a film of Maugham’s gripping thriller. In 2017 he secured the screen rights and wrote a new screenplay, which has received the blessing of both Courtney Burr – “I enjoyed your script very much. I found the characters clear, distinctive and true to my memory of the book” – and Robin Maugham’s former partner William Lawrence.

Robin Maugham wrote The Wrong People based on his own experiences, both in the UK and Morocco. 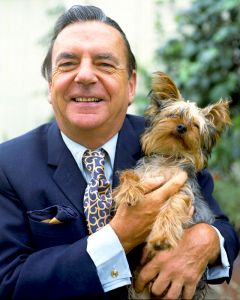 Robin Maugham (1916-1981) is known throughout the world for his novel The Servant (1948). In 1963 it was adapted into a celebrated British film, directed by Joseph Losey and written by Harold Pinter, and later included in the British Film Institute’s Top 100 British Films. A stage version premiered in 1958 and is still on tour throughout Europe.

Maugham wrote several other novels, some of which were also filmed. When he showed the manuscript of The Wrong People to his uncle, Somerset Maugham, the great man declared “that it was the first novel for years that he had been obliged to read straight through at one sitting.” Many subsequent readers, including producer-writer David McGillivray, also have found it impossible to put the book down.