Movie asks: Is the brutalist new town of Basildon an architectural/social utopia? 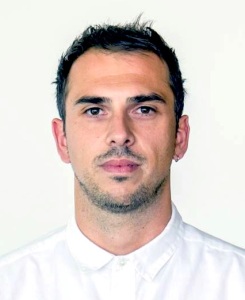 It is a fact universally acknowledged that film documentaries do not get audiences. That is not true.

Tonight’s screening of director Christopher Smith’s New Town Utopia at the Curzon Bloomsbury in London was sold out.

It is about the much-derided Essex new town of Basildon, just outside London.

JOHN: A documentary film about Basildon as an architectural utopia? Are you mad?

CHRISTOPHER: Well, that’s the reason I made it, really. That is what everyone said to me when I mooted the idea four years ago.

JOHN: Were you unfortunate enough to be brought up there?

CHRISTOPHER: I’m from Benfleet, next to Basildon.

JOHN: And the film is now released in cinemas.

CHRISTOPHER: It played at the Barbican for a week and got good reviews. One of the less good reviews was in Time Out – “It’s as far away as you can get from Avengers: Infinity War” – I might actually put that on the poster. It’s also available on Curzon Online at the moment.

JOHN: Why did you think anyone would be interested in a film about Basildon?

CHRISTOPHER: I was always convinced there was an audience for it. There are a lot of people interested in post-War British architecture and social history. There’s a real fetishisation and love of brutalist architecture and modernism. I like modernist art – the geometric stuff like Malevich – and I think I like the architecture for that reason: it’s kind of ordered. 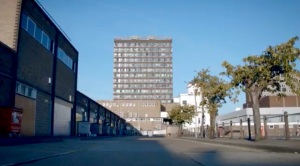 “You have all these people who love brutalist architecture…”

Initially, the film was about exploring that and seeing where there was a cross-over in opinion or experience. But then it turned into someone more. It became a social history of the town, told through the memories, words and performances of artists and creatives from the town.

In doing that, it touches on the impact of globalisation, the impact of ‘Right To Buy’ and the loss of social housing, the impact of Margaret Thatcher and her influence on individualism v community, the importance of facilities for the arts – and art as a route to wellbeing, rather than just something you do.

It touches on all those things.

JOHN: Did you make the film for a political reason? As soon as I hear ‘Basildon’, I think ‘Basildon Man’ – a variation on ‘Essex Man’.

CHRISTOPHER: That was not the reason but it is definitely teased-out a lot in the film. My parents were not political, but my uncle was a Tory councillor.

CHRISTOPHER: Yes. East End Boy made good. And my parents were both from working class backgrounds. My dad started his own business, which became pretty successful.

CHRISTOPHER: Electronic office equipment. I guess my parents voted Tory, but they never brought politics into the home. I suppose I am a bit more of a tub-thumping liberal Leftie. 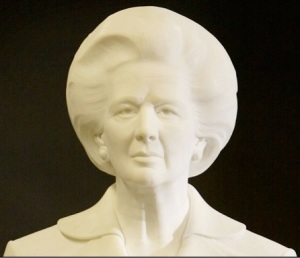 In 2013, Basildon offered to host a controversial statue of ex-PM Margaret Thatcher (Photograph by Peter MacDiarmid)

The film is definitely political. The people in it actively talk about the impact of Right To Buy, the loss of all the factories, the lack of investment in arts facilities. I guess, because most of them are artists and creatives, there is a kind of Leftie bent but I hope there is a balance.

One of the people in it – he’s an actor – says: “I’m from a Labour family. I am a Labour voter. But, actually, some of the incentives that Thatcher’s government brought out for small businesses in the 1980s are what helped me set up my theatre company.”

JOHN: And your background is…?

CHRISTOPHER: I used to do a lot of weird, dance music based films in my early-twenties for nightclubs and I used to perform with another guy at music festivals and arts festivals. I did the music; he did the visuals.

JOHN: What was your band called?

CHRISTOPHER: Addictive TV. I used to play vinyl records as well as CDs and other stuff.

JOHN: You were not a guitar combo?

CHRISTOPHER: No. We were all electronics.

I did that for a few years, then fell out with him and moved into advertising for over ten years. I ended up as a creative director at various ad agencies but got frustrated because I was not making things myself. You come up with the ideas for your client – for a terrible bank or a breakfast cereal – you can’t choose – but you don’t actually make things yourself. About five or six years ago, I was working 60 or 70 hour weeks and not enjoying it – fun at times but stressful and I jacked it all in to start making films.

CHRISTOPHER: To pay the bills, I now do direct. I have done a few ads – for some reason, a lot of healthcare ads – and videos for Facebook and things like that.

Are the streets of filmic Basildon paved with potential gold?

JOHN: But this film is not going to make you vast amounts of money…?

JOHN: So what is it going to lead on to?

CHRISTOPHER: I’m not sure. There’s a writer I am possibly going to collaborate with on a new project.

I am not a writer. I have tried and I can. But I know there are a lot of other people out there better than me. I think I’m quite good at structuring things and I know where I want the audience’s emotions to be at certain times in a film, but dialogue is what I struggle with.

JOHN: And this new project is…?

CHRISTOPHER: The one that’s crystallising at the moment is about… Well, it’s about Epping Forest, but it’s also about a lot of other things. In the same way I used Basildon to explore issues that affect a lot of aspects of British society, I quite like the idea of using Epping Forest to give me a broader canvas. Basildon was set over a 70-year period. Epping Forest would be over tens of thousands of years. 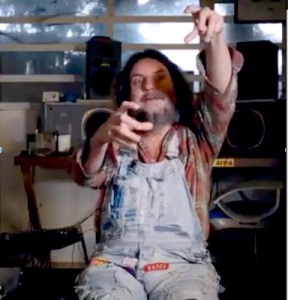 It would be factual. There are some very interesting existing real people now and back in history whose lives have crossed. There may be a really interesting way of looking at sanity and mental stability and the idea of the internal and the external with the forest and the outer spaces.

There is a building that used to be a big asylum sitting on one edge of Epping Forest. John Clare the poet was there and there were protest movements about the M11 motorway and forest conservation activism and anarchism.

Outside the mind is possibly where things are clearer and inside is where anything can happen.

The forest is an enclosure and I think there could be a way of looking on it as the mind.

I think there are interesting themes that can be explored, but it’s still quite early days.

JOHN: There’s still no money to be made from documentaries, though…

CHRISTOPHER: That’s not true. There’s no money to be made in MY documentaries. But Netflix has really opened the doors. HBO are doing quite ‘high end’ documentaries like the OJ Simpson trial and they’re getting people like Martin Scorsese to direct documentary series. So there IS money in documentaries at the moment… though not in arthouse documentaries.

If I had the right idea for them and they were interested, I would work with Netflix.