London-based American comedian Lynn Ruth Miller continues to guest-blog here as she tours the world. Last week, she was in Germany… 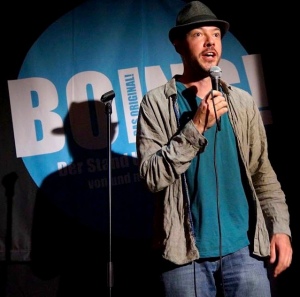 I flew to Cologne to perform at Manuel Wolff’s Boing Comedy Club.

75 years ago, to say the very name ‘Germany’ made my family cringe.

Now, in 2018. I was celebrating my version of Chanukah in that very country and loving it. It is a new world isn’t it?

Lisa, Manuel’s assistant, and I walked the lovely, clean streets sparkling with holiday lights… December in Cologne is alight with Christmas though, to my surprise, I didn’t see a menorah anywhere. Are the Jews still in hiding there?

Since Lisa and I are liberated, modern women, our conversation crept to the big issue women are facing today: the #metoo movement. Our concerns were women’s status in the arts and how we can achieve a level playing field in our professions. Our conversation was especially interesting to me because Cologne was the start of the outrage that blossomed into #metoo. Remember?

New Year’s Eve 2016 in this city, hordes of North African men assaulted white women who were out on the town, celebrating. The press blamed it on the discrepancy between western cultural mores and those in Africa.

“The relationship with a woman, so fundamental to Western modernity, will long remain incomprehensible to the average [refugee or migrant] man,” declared Algerian author Kamel Daoud in Le Monde.

But the #metoo movement has confirmed that it isn’t men of color or rich men or poor men; it is MEN who use women as toys. And that sweeping statement is the root of everyone’s uncertainty about the validity of this plethora of women who have accused men of sexual assault in their past. Every rational person knows that it is only the attitudes of  SOME men, but certainly not ALL of them. 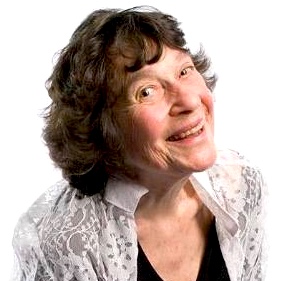 “The fact that sixty years separate us made no difference”

Lisa and I discussed the opportunities for woman to achieve prestige and affluence as easily and quickly as men in Germany and the UK. Both of us are in fields where inequality of opportunity is most apparent. The fact that sixty years separate us made no difference. We two were fighting the same anger. We both have experienced gross injustice in the system, limiting the progress we were trying to make in our careers.

I often wonder if these glass ceilings are more excuses we make for people simply not appreciating our talents. The answer is that it is impossible to be sure.

Statistics certainly support the theory that women have less of a chance to progress in any field or earn as much income for the same work. To me, just being aware of this and talking about the insult that creates is a huge step forward. In my day, this dichotomy was simply accepted. It was a man’s world.

After we finished trying to fix society, I went to my hotel, took a nap and tarted-up for my headline performance at Manuel’s Boing Comedy Club.

The show Manuel creates is fast-paced, professional and funny. He is a superb host and knows just how much to involve his audience, who are mostly German but fluent in English with a mixture of English-speaking students and a smattering of people from all over the globe. The comedians made a point of coming up to me and introducing themselves to me. The audience loved to laugh and the comedian who preceded me was so professional I was terrified to have to follow him His name was David Deeblew. He finished his act by juggling plastic bags in the air while he spoke. I am someone who can barely walk in a straight line when I am sober. You can imagine how intimidated I felt.

Headlining at a show with two intervals means that I must amuse a pretty drunk and very tired audience. Thank goodness it worked and everyone laughed (or I THINK they did. My hearing is definitely NOT what it used to be).

The best part of the evening, though, was afterwards. 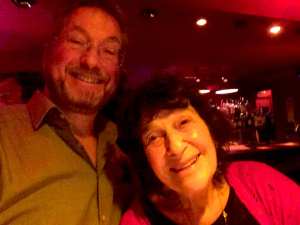 Lynn Ruth and the godfather of stand-up comedy in Germany

All the comedians stayed afterwards to drink and talk about anything and everything. One of the people who stayed was Johnny ‘Hollywood’ Rotnem, an American who is the so-called godfather of English stand-up comedy in Germany. He was the one who started the clubs that are now all over the country. Comedy in German has really taken off here despite the fact that everyone thinks Germans do not have a sense of humor. The number of successful clubs in the country proves that stereotype wrong.

I will be back in Germany soon to do Andy Valvur’s club at Fiddlers Pub in Bonn. Andy is a former San Francisco comedian who knows all the people who were the big names in comedy when I was there.

We had a place called The Holy City Zoo where Robin Williams among many others cut their teeth on stand-up comedy. Famous people like Will Durst, Johnny Steele, Larry Bubbles Brown, Michael Meehan… all of them began there.

Andy came to my show at Boing Comedy and I felt like I was experiencing a bit of comedic history when I spoke to him about how comedy has expanded, improved and changed.

Comedians today no longer stick to the rigid set-up/punch-line formula.  I think that is a mistake. Too many words spoil the joke just as too many cooks spoil the broth.

The next morning, I had to get up early to catch the plane to Frankfurt for my two-day comedy workshop and show.

After I arrived in Frankfurt, I crashed until 3.00 pm, then set out for the comedy class. This was a group of ten people who had tried comedy before and wanted a boot-camp kind of refresher. They were from a variety of countries and only two of them spoke English as their first language.

It must be unbelievably difficult to do humor in a different language from your own, but these people were up for it and all their jokes had huge potential. The two hour class actually lasted four hours but I am satisfied that we gave everyone the personal attention they needed.

The next day, their assignment was to bring in five minutes of material to practice for a show that night. I thought these people had huge potential and I was very excited to see what the result would be of our intensive joke analysis.

Four of the students joined me for dinner after the show and I got to know them a bit better. 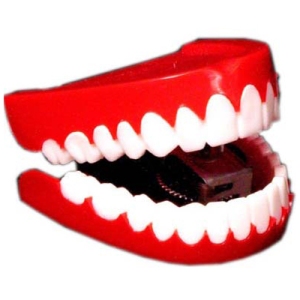 In the group was Tom from Finland, Pedro from Portugal, Julian from Germany, Clem, a lovely woman from France, Kirthy from India and me from America. It felt like a meeting of the United Nations all drinking beer together and talking about comedy as a profession even though all of the others work at other jobs. We drank a lot of alcohol. It helped.

The next day was our final class and then the show. We all critiqued each other and, to my delight, all the criticisms incorporated what I had taught: short set ups, strong punches, direct sentences.

The group not only had to master language differences but they had to let go of material they loved that wasn’t working well. They did it and the show was great.  We all went out for dinner afterwards to celebrate.

I had a 7.00am flight back to London and had to battle the German version of Ryanair. For some unknown reason, my backpack registered something lethal and not only did they keep me standing for a half hour waiting for the police to come but, when the officious inspector went through the backpack, he just tossed everything in a pile and let me put everything back together. Of course, there was nothing in the bag but a notebook of jokes, a lot of tissues (just in case) and an American passport.

That might have been what set the detector off. America is not popular these days.

The incident was truly minor, but I was terribly upset and couldn’t seem to regain my equilibrium.

I suspect this is why psychological warfare is so effective. I had done nothing but was made to feel like a dangerous criminal.

The good news is that the rest of the trip home was lovely and I managed to get through UK passport control relatively quickly and home to bed because I had to get to Top Secret Comedy Club that night.