Is a Japanese comic doing their act in English with a Japanese accent racist? 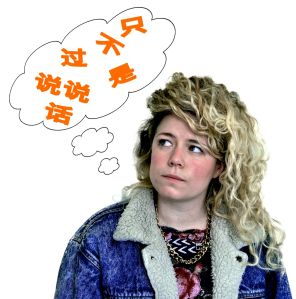 Last night, I went to see the final of the Leicester Square Theatre’s New Comedian of The Year competition, rightly won by character act LJ Da Funk (aka Zak Splijt).

One of the acts was the highly esteemed Louise Reay.

In a previous So It Goes blog, about her Edinburgh Fringe show, she explained to me: “I’ve always been interested in communication. People have a real mental barrier about languages and the way we communicate.

“But just one look can mean so much. We communicate all the time. Look at my hands. I can’t stop them moving. There’s so much more than language going on. That’s what my show’s all about. There was a very spurious 1960s experiment which proved that only 7% of communication was verbal. So my whole show is an experiment in the 93%. If I did it in French, it wouldn’t work, because most people maybe understand enough.”

Today, one review of last night’s show said: “Louise Reay was the first oddball of the night, coming on speaking Chinese and then explaining, via placards, that her whole act would be in Chinese. It could easily have been seen as racist, but Reay was more of an absurdist. I didn’t think it was offensive, maybe if I was Chinese – and very sensitive –  I might have felt differently.”

Italian comedian Giacinto Palmieri is currently conducting a three-year PhD research project for the University of Surrey at Guildford. It is on the self-translation of stand-up comedy – comedians who translate and adapt their own material from one language to another.

On Facebook, his response to the review was “I don’t understand why the possibility of considering Louise Reay’s act racist is even entertained (although, fortunately, rejected). She does not even pretend to be Chinese; she just plays on the absurdity of using a language the majority of the audience cannot understand.”

The reviewer (alright, it was the admirable Bruce Dessau) came back to Giacinto with: “As you say, I did consider it before rejecting it. But I still wonder if a Chinese person would be OK with it, though I don’t like the idea of being offended on other people’s behalf so I won’t be offended on behalf of the entire Chinese population!”

Giacinto, responded: “Indeed. But I think we need to go a step further: even if they were offended, they wouldn’t be justified in being so. Offence, even when real and not hypothetical, cannot be its own justification.” 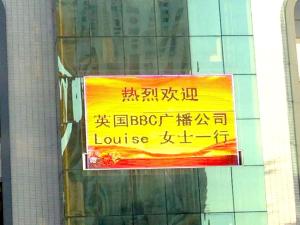 At this point, Louise pointed out: “My Edinburgh show was sponsored by the Confucius Institute at the University of Edinburgh, which is funded by the Hanban, the culture department of the Chinese government. This would appear to indicate that my act is generally supported by both the Chinese and the academic community of Chinese speakers. I would add as a general point that it is not remotely racist (for a white English person) to speak real Chinese. A Chinese person speaking English is never questioned on the matter. The Independent wrote an article about it all in case of interest.”

There has never been any suggestion that her act could, in any way, at any time, be considered racist.