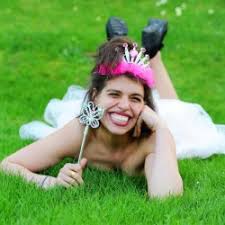 Other highlights were The Incredible Joz Norris Locks Himself Inside His Own Show, Then Escapes, Against All The Odds!!

The Fringe Office tried to ban him from using two exclamation marks in that title, but he claimed the second one was artistically vital and they backed down. In this show, his surreal creativity continues to inch towards the more personal material which I think may eventually break him Big, as our American cousins might say… 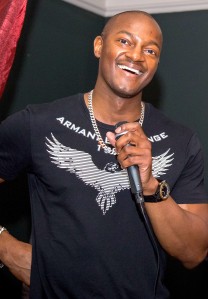 Over ten years in casinos and dry vegetables

I rounded off the evening with a large audience and a small dog listening to impressive storyteller Matthew Harrison explain what his show title Fuck Me Like Dry Vegetable has to do with his ten-year career in the UK casino business.

In fact, the censorious Fringe Office has insisted his show be called F*ck Me Like Dry Vegetable. That’s really disguising the word, good ’n’ proper!

With over 3,500 shows and around 50,000 performers in town during the Fringe, flyering to get audiences is vital and, very often it ends up with performers flyering other performers.

I bumped into Italian comic Luca Cupani at Fringe Central this morning. 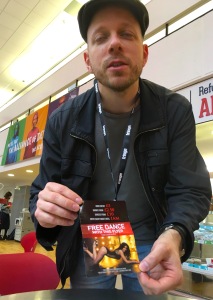 “I was flyering in the street,” he told me, “and there was this beautiful girl. She gave me her flyer and I gave her mine. I asked her: When is your show? She said: From seven to one. Which I did not understand but, when she left, I looked at her flyer and it took me a while to understand it was not normal. I thought she must be a very clever comedian telling jokes half-naked to challenge sexism. You know those kind of things they do. But no. Then I realised the truth.”

Highlight of my day, though, was to receive an email from 2007 Malcolm Hardee Comedy Award winner Doktor CocaColaMcDonalds. The last I heard of him, he had sold his canal boat in Nottingham or somewhere similar and disappeared off the face of the earth. His e-mail read: 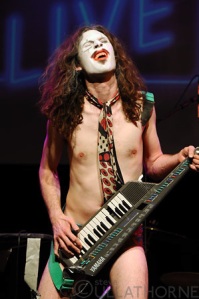 I am still alive. Just.

I have a sister.

Foolishly, she has decided to become a stand up comedian.

It will end in tears.

She is playing at Edinburgh Fringe.

She is called Jeanette Bird-Bradley.

Her show is Context, People! at the Bourbon Bar, 5th-13th August.

Thank you for the good memories. I still treasure my Malcolm Hardee Award.

I hope the last decade has treated you well. 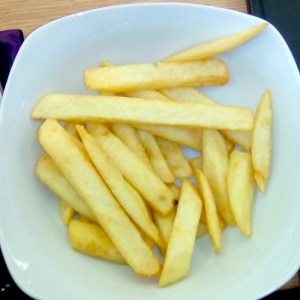 I returned to the Edinburgh flat to find Copstick complaining. No surprise there.

She had had a small plate of chips at the Pleasance Courtyard at lunchtime which cost her almost 10p per chip. Par for the course in Edinburgh at Fringe time.