Lesbians in Brighton, a 101st birthday party, but no news of any stripping 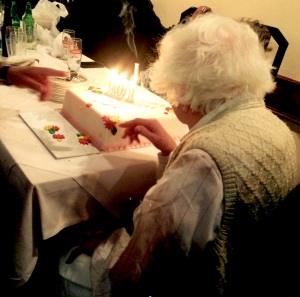 Mrs H celebrated at her 101st birthday party in Catford

I went to a 101st birthday party in Catford on Saturday night for ‘Mrs H’.

She was dancing at her 100th birthday, in her youth did a lot of walking and camping and now drinks a bottle of brandy every week. A lesson to us all.

Meanwhile, camping of a different type…

I keep getting mistaken for gay comedy icon Michael Topping. I think it is the eyebrows and the lack of hair atop our heads. We are not mistaken for each other. I am mistaken for Michael not vice versa. It is in the nature of fame.

When I worked at Anglia TV, someone called me ‘Peter’ for two years. I never corrected him; I felt it would have seemed churlish. 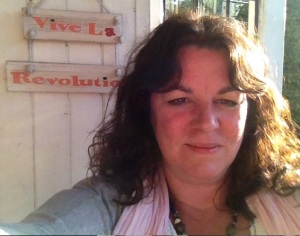 Yesterday, Malcolm Hardee Comedy Awards judge and Scotsman comedy reviewer Claire Smith was impressed by Ali Child and Rosie Wakley’s show All The Nice Girls at the Brighton Fringe. It is about music hall entertainers who were secretly lesbian.

Ali came out 18 months ago, after getting together with Rosie, whom she met in (of all places) Lesbos. Elsewhere, Rosie performs as Sinatra-esque  lounge singer Ronnie Rialto and, with Ali, she performs as Behind the Lines.

All The Nice Girls is based on the true story of Gwen Farrar and Norah Blaney – music hall singers of the 1920s who had an on/off relationship with each other.

Claire tells me: “When Ali and Rosie started researching the show they were hoping to find some original sheet music – but hardly anything existed. Then a friend in the British Library found some very old original recordings, so they have recreated the songs from them. The lost recordings also ended up on an album.

Rosie Wakley and Ali Child – All The Nice Girls in Brighton

“The songs are lovely, fresh and funny with surprisingly fruity lyrics. Ali and Rosie have done an amazing job of bringing back to life this forgotten bit of entertainment history.”

The man from the British Library was also at the show. 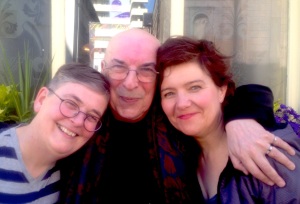 They must do. Claire also tells me that Michael Topping too thinks the show was “delightful – very warm and intimate and funny”. So much so that he says it has inspired him to become a lesbian.

Meanwhile, I await news of a previously-mentioned strip show in Vancouver.