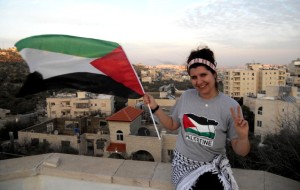 The Daily Telegraph said my chum the late Malcolm Hardee was “godfather to a generation of comic talent”; the Independent said he was “the greatest influence on British comedy over the last 25 years”; and the London Evening Standard, with considerable justification, said he was “one of the most anarchic figures of his era”.

Although I would say he was apolitical, he twice stood for Parliament – once in a 1987 Greenwich by-election, when he ran as the ‘Rainbow Dream Ticket, Beer, Fags & Skittles Party’ candidate, polling 174 votes. And again in the 1992 General Election in order to publicise his comedy club because he discovered the election rules allowed him a free mail shot to all registered voters in the constituency.

Malcolm was very proud of his two children. Well. Sort of.

They are both well-brought-up, honest, genuine and… well… good people.

As Malcolm said to me once: “They don’t tell lies. They wouldn’t steal a car. Where did I go wrong?”

He would be even prouder of them now, if he had not managed to drown in 2005.

Malcolm used to say he went to Oxford University… and then add it was “last Thursday afternoon”.

But his son Frank actually did go to Oxford University as a student and then successfully taught at two English public schools. He is now teaching in South Korea and widening his world knowledge, I suspect, for a career in politics. A Hardee in Number 10, Downing Street?… Now THAT would be something!

Malcolm’s daughter Poppy is in the Middle East.

After competing in the London Marathon in 2010, she caught the running bug and decided that it would be exciting to train for and run another marathon further afield.

She is currently working for the Applied Research Institute – Jerusalem, an NGO based in the Palestinian West Bank and thought she would like to run in the Jerusalem Marathon.

She signed up for it at the beginning of November last year and having paid the $60 entry fee was excited, shortly afterwards, to learn that she had been awarded a place. (You have to apply.) However, yesterday she told me…

In my ignorance, I had not really understood the full political implications of applying for a place. After being accepted, I started to research the Marathon route, its sponsors and its entry criteria. I realised that, rather than being a positive event, bringing together different people through sporting achievement, it actually served to further discriminate against Palestinian citizens and normalise Israel’s ‘apartheid’, thus making it appear acceptable to the outside world.

It became clear to me that paying to enter and support such an event only benefited Israel’s apartheid against Palestinians. For one thing, the Marathon is organized by the same municipality that routinely organizes housing evictions, ethnic cleansing of Palestinians and demolitions in East Jerusalem. Its route takes runners through illegal settlements, past views of the segregation wall.

Secondly, in terms of entry criteria for international runners, there is an option for persons with West Bank residence and nationality to apply. But, given the restrictions on West Bank citizens’ movements in and out of Jerusalem – even if awarded a place – there is a high likelihood that they would not be granted access to travel to the city to run.

As for Palestinians with a Gaza ID, there is no option for them to run.

This is another measure that ensures the event will be exclusive to Jewish Israeli competitors and their international supporters.

It seems quite clear that this marathon is an attempt to normalise Israel’s actions again Palestinians, by holding an internationally-attended and witnessed sporting event in the state’s ‘capital’… One can easily forget the discrimination and hurt that is being caused by Jerusalem municipality against Palestinians on a daily basis.

Scenes from last year’s marathon show thousands of Jewish Israeli and international participants running through this disputed capital, arms aloft proudly carrying Israeli flags, asserting an exclusively Israeli identity on Jerusalem lands. Given that much of the international community does not recognize any part of Jerusalem as Israel’s capital (particularly because, under UN General Assembly Resolution 181 (1947), Jerusalem was established as a corpus separatum under a special international regime), these scenes are extremely politically and culturally controversial.

Added to this, there must be an awareness of how offensive the marathon must be to the many Palestinians evicted from these lands and placed under occupation from Israeli authorities. Now virtually excluded from running in such an event, they also seeing Jerusalem’s authorities gaining recognition and financial gain from hosting a marathon in their city.

After drawing these conclusions and feeling ashamed of my participation in the Jerusalem Marathon, I decided to withdraw from the race.

However, when I contacted the Marathon organisers, I was told that the entry fee was non-refundable. I therefore decided that the best way to approach this dilemma was to keep my place but turn it into some sort of political protest/awareness-raising campaign.

Therefore, I have made the decision to run the Marathon in support of Palestine – by wearing full Palestinian colours and carrying the Palestinian flag for the whole route. I hope that this will give a Palestinian presence to the race, highlighting both their exclusion from running in this race and Israel’s deliberate erasing of the Palestinian identity from daily life in Jerusalem.

I have been training in both the West Bank and in Jerusalem – something which has further highlighted for me the discrepancy in opportunities for citizens of each area. A lack of gym facilities and even running routes in Bethlehem (where I live and work) meant that I often had to train in the better equipped Jerusalem, something which is not available for Palestinians who have their movements restricted through the frequent denial of access to Jerusalem lands and regions.

The most disappointing thing for me about this Marathon experience is that running is a sport that usually brings people and communities together – you train with someone, you befriend the person next to you running in a race, you get support from the communities of the areas you run through. I do not expect the Israelis to support me as I run in recognition of Palestinian causes, nor do I feel this is an event which truly brings people together.

While it may bring together Israeli and internationals, in doing so it further strengthens the Jewish identity being imposed on Jerusalem, serving to marginalise Palestinians both in the race and in the city as a whole.

Through my actions, I aim to bring a Palestinian presence to the race.

(The Jerusalem Marathon takes place this Friday, March 16th. You can follow Poppy’s progress on Twitter via @poppy_hardee )