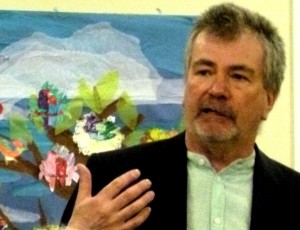 For someone who is allegedly an ex-comedian, Bob Boyton can certainly still draw a big crowd. I went to the book launch for his first novel last night and the fairly large venue was overflowing with people into the next room and included such iconic figures as Tony Allen, Arnold Brown, Dave Cohen, Tony Green, Mark Kelly, Nick Revell and Mark Thomas.

It was a slightly frustrating evening, as two of those people told me absolutely cracking stories but said they didn’t want me to blog about them.

However, Bob Boyton made up for it.

I first mentioned his book in a blog a couple of months ago.

Now Bomber Jackson Does Some has been published.

The novel is about an ex-boxer and heavy drinker who has ‘done time’ in prison.

What chance has a bloke got of going straight when it’s been twenty years of boozing and prison since his last big fight? That’s what Bomber Jackson has to discover when he sets out in search of love and sobriety.

It’s the early hopeful years of the Blair government but hope is in short supply for an edgy homeless ex boxer and what else can he do but pick himself up and start again every time life knocks him over…. except slowly bit by bit he seems to get the feel for what a new life would be like if only he could stay away from the drink. Then just when Bomber could be saved there comes a final act of loyalty and violence which might leave him dead or in prison for a very long time.

Bob has never been sentenced to prison and has never been a professional boxer (though, in my previous blog about him, he drew a parallel between being a boxer and being a stand-up comedian).

He says: “One thing people ask you when you’ve written a book is Well, is it true?

“My novel stands at around 74,000 words and there’s about another 30,000 that I discarded. It covers a period of about 18 months or two years and I think in all that time Bomber Jackson has a crap once. By anyone’s standards, if he were a real person, he would be quite constipated. There’s truth and reality there in the novel, but a lot of the writing is in the editing.”

In 1982, he started an involvement with people at Arlington House, a hostel for homeless men in London’s Camden Town.

The hard-drinking Irish writer Brendan Behan lived there at one point, as did George Orwell, who wrote about the experience in his book Down and Out in Paris and London. It also turns up in the first line of pop group Madness’ song One Better Day.

“I knew guys who both lived and worked there,” Bob explained last night, “They were guys who, I think, the mainstream would apply the term ‘dosser’ to. But they were all individuals; none of them were stereotypes.

“There were about 800 people staying there at the time.”

Some of his Arlington House contacts took him to a pub one evening, Bob says, “to test me out – and also because it was a Thursday, so I’d just got paid and could buy beer”.

The pub was called The Good Mixer and later became an epicentre of alternative music but, at that time, “it was run by a bloke with one leg and the only rules were you could have as many fights as you wanted but you wouldn’t get slung out unless you broke glasses. If you broke a glass, that was it. End of. You were barred for at least 24 hours. I put up a front, so the Arlington House blokes must have been convinced I had the necessary bottle.

“I’ll be honest with you, I did look down a bit on these geezers. I thought they were different from me, but it was quite a bad part of my life and I was probably only three or four wage packets away from where they were. That was the start of my background with homeless people.

“Bomber Jackson Does Some” book cover

“We did have a few ex-footballers at Arlington House and I was struck at the time by the difficulty for somebody who had ‘been someone’ and then they weren’t. Being a bit different, they’d got the chance to get away from the factory or building site and then that chance had disappeared but they hadn’t saved dough. That’s one of the factors built into the novel.”

The Independent newspaper wrote that the dialogue “resonates with authenticity”.

And comedian/writer Mark Thomas says: “No-one but Bob could tell the stories he tells in this book because of who he is and where he’s been. In a world of artifice he stands out. He’s the Real McCoy.”

The Green Party diversifies into comedy Newspeak & Doublethink over women

A chap from The Green Party contacted me last week to offer me a 10 minute slot on a bill headlined by Alistair McGowan, for a Green Party fundraising event. I accepted, and we started exchanging e-mails to finalise details.

This morning, I received this –

I’m really sorry but I am going to have to withdraw our offer. It’s nothing personal, I was asked if I could increase the diversity of comics on the night. So we’ve got a 63 old transexual comic instead of a second female artist. Sorry you have been usurped in this case for a transexual

The Green Party has managed to mess up their gig – and their PR – on all fronts. They had a good female comic in Lindsay Sharman. They then bizarrely tried to make the bill more ‘diverse’ by getting rid of not one of the male comics but one of the two female comics on the bill. AND they managed to belittle the (extremely good) transsexual comic (whom I know and admire greatly) by treating her as if she is not a woman but a separate ‘quota’.

Comic Charmian Hughes said: “I think the Green Party insulted both comics! They insulted the trans-sexual comic even more than the person they cancelled! I think it was actually more insulting to her than to Lindsay!!!”

Women have it bad enough already without the Green Party muddying the waters.

Janey Godley, a superb comic and possibly the best all-round creative I have ever encountered, tells me: “There is a booker in northern England who won’t have women on the bill… and I have had bookers say to me Sorry – We had a woman before and they were shit.”

Comedian Kate Smurthwaite tells me: “A London promoter once said to me: I can’t book you that week, Kate – I’ve already got Angie McEvoy on the bill and you’re too similar. Anyone who has seen both our acts would know we are very different in terms of style and content. The only obvious thing we have in common is gender.  Five minutes later, in the same conversation, the promoter said: I do want to book you, though, cos I think you’re really pretty – Do you want to come for a drink with me?”

Comedian Laura Lexx tells me: “I have been introduced as The very pretty young lady Laura Lexx, which obviously doesn’t make an audience think particularly highly of you… but I very rarely gig on bills with other women outside of London so I suppose it often feels like it’s a ‘one in one out’ system for ladies and bills.”

Kate Smurthwaite tells me: “I once saw a male promoter say, as a female comic left the stage: I normally kiss the female acts, but I won’t kiss her. Then he said: If you want to drink alcohol, use the bar downstairs but (pointing at a busty woman in the front row) if you want to drink milk – ask her.”

Lindsay Sharman tells me: “A West Country promoter once introduced me to the stage with I only gave her this gig cos I fucked her! (I certainly hadn’t) and then mimed humping me from behind.”

But the sexism is not even restricted to men. Another female comic said to me: “CSE, who book gigs for the British Army, rarely book women – maybe one every four years – and they have a sexist website where all the men hold mics and the women are sexy dancers – and it’s women who run it!”

Lindsay Sharman used yesterday’s Green Party PR own-goal as part of her comedy act last night. “But,” she told me, “one of the other comics actually thought I was making it up, as the crassness of Sorry you have been usurped in this case for a transexual just sounds too unreal, like a shit punchline.”

I guess it is a bit like writing fiction. Novelists have told me they can’t write the actual truth because it’s so utterly OTT no-one will believe it. People will only believe the truth if it is watered-down. In comedy, I think people have a tendency to believe the made-up bits if they are skilfully interwoven and think the real bits are made-up because they are just too incredible.

The Green Party ‘diversifies’ into comedy Newspeak & Doublethink over women.

You could not make it up.