Business v Comedy rules. This comic got sacked after his Edinburgh Fringe show 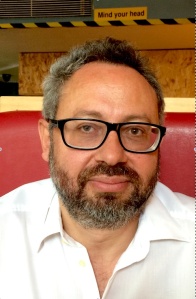 Giacinto talked to me at Soho Theatre

What happens after you perform at the Edinburgh Fringe?

One answer is: You get sacked.

London-based Italian comedian Giacinto Palmieri used to work in IT for a well-known property company. Then he went to this year’s Edinburgh Fringe with his show about Wagner.

“The big boss of my company,” he told me in Soho Theatre at the weekend, “came to see my show at the Edinburgh Fringe and, the first day after I came back, I was sacked.

“It would just be coincidence, though. He is so high up in the hierarchy that he would not have been involved in the decision. Probably my being away for three weeks just gave people the chance to plot against me.”

“Perhaps,” suggested Giacinto, “what makes it difficult to be a comedian AND have a day job at the same time is not any difficulty of fitting them into the time available, but the difference in attitudes.

“Comedy helps you develop an attitude which consists in always saying whatever you think and to develop zero tolerance for bullshit. Unfortunately, that is not always appreciated in the business world.”

“”Yes,” I sympathised, “It is probably unwise to say what you think in business.”

“It is such a pity,” said Giacinto. “I think every group needs a trouble-maker like a court jester in order to stop getting stuck in its own rules and ideology. Everything can be found in Wagner, of course.”

“In Die Meistersinger von Nürnberg,” Giacinto told me, there is:

Understand me aright! What a fuss!
You’ll admit I know the rules as well;
and to see that the guild preserves the rules
I have busied myself this many a year.
But once a year I should find it wise
to test the rules themselves,
to see whether in the dull course of habit
their strength and life doesn’t get lost:
and whether you are still
on the right track of Nature
will only be told you by someone
who knows nothing of the table of rules. 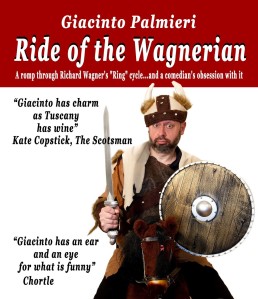 “The organisation I worked for…” said Giacinto, “…it used to be a start-up and it has kept some of the elasticity of a start-up but, unfortunately, it is losing its soul.

“The IT world used to be very anarchic, very informal but now there are these ‘process gurus’ who always have rules that will solve problems forever and stop software having bugs. They preach the importance of following a process. So we have more and more rules and they create more and more complex processes and people get stuck into systems that are not going to solve problems. If a process could solve problems, we would just be able to write a program which writes programs.

“There are only two types of people who like rules. Those who set them: because there are no rules about setting rules, so they are still enjoying their creative freedom. And people who are so scared of taking responsibility and of making mistakes that they use rules to hide behind them.”

“Yes,” I agreed. “I remember when ITV brought in experts – because people in ITV were trying to cover their own asses in case they made a wrong decision – they had an outside company which advised you on how to maximise the ratings in programmes by ‘scientifically’ analysing the content.

“There was a two-hour movie with Richard Dreyfuss in it. He was very popular at the time. So they said Promote Richard Dreyfuss heavily. But, in this film, he was about 18-years-old, in a bit part as a call boy and all he said for maybe two seconds was something like We’re ready! That was the only time you ever saw him in the film. They had analysed the data but had not watched the film.”

Rules. Don’t talk to me about rules.

(This was also published by the Indian news site WSN) 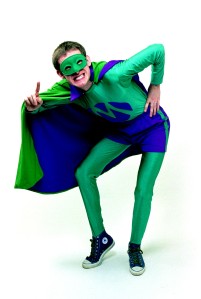 Last night, I dreamt that Scots comedienne Janey Godley had asked me to find a lorry with a platform which rose, concertina-like, high enough to reach the tall street lights on the scene dock road at BBC Television Centre in London, although there were/are no tall street lights there.

I could not find the platform/lorry.

There was also something about being on a barge in the middle of England with surrealist comedian Martin Soan and seeing a pub levitating above the grass on the bank of a canal.

But what I remember my chum Mr Methane telling me last night was not. He is the world’s only performing professionally flatulist.

He farts for a living.

Last night, he told me rather excitedly that he will be appearing as a guest performer (though not competing) in the first ever World Fart Championships on 13th July in Utajärvi, Finland.

The World Fart Championships are being held on the fringe of the fifth Open Mudsoccer Finnish Championship Tournament.

Apparently, last year there was a Finnish Fart Championships event.

According to the official publicity, perhaps losing some clarity in translation, this event last year “was quite a success. It was noticed as well in newspapers as on TV-channels, also outside of Finland. An international betting company even offered odds for the winning fart decibels. As it’s a well known fact, that Finnish madness has no limits what so ever, we decided to expand this happening to World Fart Championships. Basically it’s all about fart sound volume: competitor who produces the loudest fart, wins!”

The competition rules, released yesterday and perhaps also losing some clarity in the translation, are:

In small print, at the bottom, it states:

NOTE! Changes to the rules are possible.

A rogue website claims that “the World Farting Championship was first sponsored in 1911 by The Jonsun Fine Matches Corporation. The competition has been held every year since its inception, although the location has frequently changed”… but this is a hoax. It states that “apparently no city wants its name too closely associated with the event.” But this is clearly no problem in the case of Utajärvi which positively courts the association.

And who can blame them.