My spine + a surprising amount of pee

This blog is mostly for myself so this is, in a sense, the opposite of clickbait… You have been warned. Flee now. 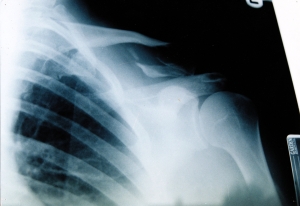 I am writing it on Monday morning.

So exactly two weeks after the bottom of my spine went (as I understand it) out of alignment and shooting pains started.

It happens occasionally, ever since I got hit by an articulated truck in 1991.

My left shoulder blade was pulverised in two places; the back of my head hit the edge of a low brick wall; and, although it wasn’t obvious at the time, my spine was damaged a bit.

When I phoned up my osteopath two weeks ago, it turned out he had died two years ago.

So I went to another osteopath in London two Saturdays and he mostly cured the problem.

Last Monday, I also went to an osteopath near Brighton – I made the appointment not knowing if I could see the osteopath in London. He helped too.

But, on Thursday, a coughing fit buggered-up my semi-recovering spine again. And phone calls on Friday and Saturday failed to get hold of my new London osteopath.

Let us hope that he, too, has not died on me.

I have been sleeping on the floor for the last fortnight. It’s awkward to get up off the floor in the morning but, once I’m up, I am fairly OK if I move carefully and don’t cough. Unfortunately, in parallel with the spine problem, I currently have nose sniffles and a hacking cough caught from an 8-year-old which won’t go away. The cold, not the 8-year-old.

Anyway, I have been waking up repeatedly every night for a fortnight but can never remember details, so I thought – largely for myself – I would take audio notes on my iPhone each time I woke up.

03.21
I dreamt I was directing a documentary about the 2012 London Olympic Games. It was being shot in my living room at night. This was progressing quite well but was complicated and my dream was intercut with parts of the Rambo: Last Blood movie trailer which I saw last night. This is ironic. I am certainly currently no Rambo. I got up on my knees and urinated into the red pee-receptacle which my eternally-un-named friend bought me years ago in case I ever got caught short in the middle of nowhere in my then car.

03.44
I woke up with a coughing fit. I had been dreaming about my forehead with its wrinkled skin which I had vaguely mentioned in a blog over a month ago. I got up on my knees and urinated into the red pee-receptacle. Again.

05.20
Woke up with shooting pains along my left shoulder. Managed to wee into the red pee-receptacle.

07.20
Very very painful at the base of my spine as I slowly tried to get up off the floor into a kneeling position to wee into the red pee-receptacle. Managed to raise myself by holding on to the corners of two sofas. I sleep angled between the corners of the two sofas so I can, indeed, do this. Again, a lot of “Oopph! Ooh! Argh! Ahhh! Ahhh! Aghhh!” going on.

My sleeping companion when I have trouble getting upstairs

Another attempt to get hold of the London osteopath today and, if not, then I will contact the next on my list of recommended osteos.

I did warn you.

That blog was mostly for myself.

There seemed to be an awful lot of pee involved.