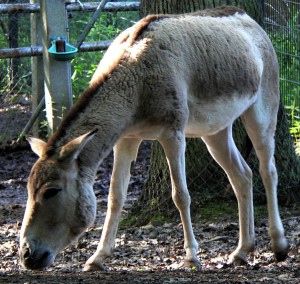 The English legal system and British government out grazing

Am I alone in wondering why Starbucks is getting so much stick about not paying its taxes in the UK?

And Google. And Amazon. And (getting surprisingly less stick) Vodafone.

Yesterday, Janet Street-Porter (whom I rate vary highly) wrote a piece for The Independent headlined GOOGLE, AMAZON, VODAFONE AND STARBUCKS MIGHT NOT BE BREAKING LAWS. BUT THEY DESERVE TO BE PUNISHED.

Saying they will, out of the goodness of their corporate heart,  pay a flat sum of £20 million totally unrelated to any percentage of their profits is simply shooting themselves in their very large, clown-like feet.

But, if the law allows them to do what they have been doing – paying only 1% of their UK profits in tax over the last 14 years – then do not blame Starbucks, blame the British government, blame Parliament and blame the taxman.

If the law is not what the government and the public want, then change the law. And do not change it retrospectively.

Jimmy Carr got crucified in the same way.

If the law is an ass, then don’t blame the people or companies who ride the ass. Don’t ask people to kiss the English legal system’s ass. Change the law.