Yesterday, I blogged about Sanderson Jones’ geeky new comedy night All Your Internet Are Belong to Us and how this month’s show developed into a bit of a gross-a-thon.

But, before it went so entertainingly off-the-rails, it had stayed on its geeky theme with the end of a ‘tumblr battle’ between comedians Sean Brightman and Stuart Laws in which, for about three weeks, they had created collections of tumblr images.

Stuart Laws had created a collection of comic ‘riders’ demanded by performers.

Sean Brightman had gone for his rather more ambitious A-Z of Alternative Comedy – The Alternative Alphabet.

This proved interesting because, the All Your Internet Are Belong to Us show had a full audience of average-aged comedy punters, many of whom had simply never heard of a few of the famous comedians whom Sean had chosen.

It was an age thing. I guess it also demonstrates the power of television.

When Sean showed his tumblr graphic for Charlie Chuck and asked, “Does anyone know who this is?” someone immediately shouted out in a throaty voice: “Donkey!”

Everyone knew who Kevin Eldon is, presumably because of his current TV series; before that, I suspect, most comedy-watchers knew the face but not necessarily his name.

Everyone, of course, knew Stewart Lee but no-one knew his hero and inspiration Ted Chippington.

No-one in the audience had heard of the great Stanley Unwin – admittedly more of a personality than a comedian, but he did gain television fame in his day. Sean admitted Stanley was “not really an alternative comedian, but there is fuck-all else for ‘U’.”

Oy! Oy! – Who the hell is this unknown famous comedy bloke?

And absolutely no-one in the full room knew who Malcolm Hardee was, despite I think valiant efforts by me over several years to link the phrase ‘the godfather of alternative comedy’ and the name ‘Malcolm Hardee’ together in the comedic collective mind…

As Sean explained to the audience: “This is Malcolm Hardee. He was a famous… well, not too famous… but he was quite famous… erm.. around the comedy scene… especially round London… for being the… the… he was… Just buy his autobiography I Stole Freddie Mercury’s Birthday Cake. You’ll find out all about alternative comedy. He’s a comedy legend. He sadly died.”

Afterwards, I chatted to Sean.

“Why?” I asked. “Why do the tumblr Alternative Alphabet?”

“It was an educational device to teach people a little bit about alternative comedy,” he told me.

“Are you being serious?” I asked. “Are you going to take it into schools?”

“I think it could live on longer than a tumblr battle,” replied Sean. “It’s a project I’ve wanted to do for a while. I’m a designer as well as a comedian, so I present things all the time and this was a nice way of combining my skills.

“I’m doing a show with my wife Renata at the Edinburgh Fringe this year, which is going to be a PowerPoint presentation. It’s called Philip and Marjorie’s Marriage Preparation Course For Regular People and The Gays. 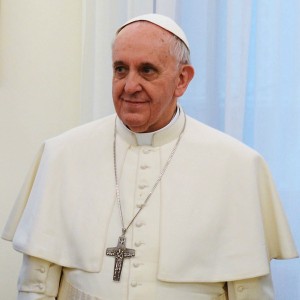 “Renata and I got married in September in a Catholic church. I’m not a Catholic. They send you on a marriage preparation course and you can either do it over five weeks or you can do it over one day. We did it over one very warm Saturday last year and it just struck us both how hilarious it was.

“In many ways, it’s good to get 26 or 27 couples together in a room and work through different scenarios and troubleshoot various areas of marriage that might come up.

“The spark for our show was that the couple teaching the course had been reading off this Comic Sans presentation – endless Comic Sans slides – and they stopped for a second and decided to ad-lib something. They looked at us all up and down and said:

“OK. You may have seen what’s going on in the news. How many of you, by a quick show of hands, believe that gay people should be allowed to get married?”

“A lot of people’s hands went up, including ours.

“They were taken slightly aback by this and I thought Wow! We’re at a Catholic event with a lot of people who ARE Catholic, yet there’s a big groundswell of support for this.

“So the idea for our show is that these two (fictional) bumbling characters are doing a marriage preparation course and they’re trying to modernise things when, really, they probably shouldn’t and they don’t really have an understanding of the issues.

“But the show will be done from a place of love. Trying to walk that fine line between being offensive and putting on a show that’s educational and a bit different.”

“Renata’s a comic herself?” I asked.

“She is a comic, explained Sean. “She was performing a lot in Australia and then came over here to pursue comedy and met me. But then she had a horrible back accident and had to rest and stop. She broke her coccyx and had to take time off. So she’s just finding her way back into it now and she’s helping me run my We Love Comedy gig in London.”

“She was born in Australia?”

“Yes,” said Sean. “Australia’s a great place. I’d love to live there at some point in the future.”

“But,” I argued, “it’s just a big desert with bits round the edge.” 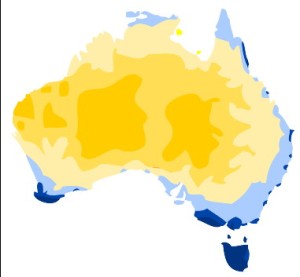 “Yes,” agreed Sean. “Desert is the word, but it’s not what we’ve got here. It’s summer here now and it’s snowing outside. We had plans to move to Australia, but we’ve put them off because we’ve now adopted a three-legged dog and a cat.”

“Have you done the posters for your Edinburgh show?” I asked.

“We’re going to do very simple printed leaflets,” replied Sean, “of the sort you’d see in a church. And then we’re going to staple condoms to them.”

“This afternoon,” I said,” I was talking to Kate Copstick and she told me that, if you go to Poundland, you can buy 12 condoms for £1.”

“It’s been worth talking to you tonight,” Sean said and left quickly.