Why do BBC, ITV and Sky News not report what is happening in the world? 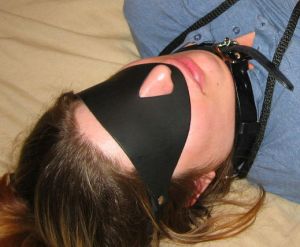 America is often criticised for being insular.

It was said that, in the build-up to the Gulf War, some people in the southern states – genuinely – were nervous because they believed the war would be happening in the Gulf of Mexico.

The blame for Americans’ insularity is usually put on US TV News which, it is said, reports almost entirely internal US stories.

But the words pot, kettle and black leap to mind.

Two people from Ireland were staying with me last week.

They complained that, on Irish television, the RTÉ news reports were almost entirely inward-looking reports about things happening in Ireland. One or two news items from the UK might be tacked-on briefly at the end.

But it is the same in the UK.

Blinkered, insular news reporting. We hear very little about what is happening in the outside world. One school shooting in the US is not wide world reporting.

I worked for 25 years or so in television, mostly in Entertainment but, early on, I was a Researcher on the BBC’s start-up teletext service CEEFAX, part of BBC TV News. This meant, in effect, being a cheap Sub Editor and, during the real Sub Editor meal breaks, being the person who, unsupervised, decided what went out.

We had Reuters and Press Association teleprinters spewing news in to us all the time and I remember one day stories coming in about massed tank battles involving (it was said) Soviet troops in Ethiopia or, I suppose, it was probably Eritrea. I did not report these on CEEFAX because the major full-scale war had been going on for months and had never been in the headlines.

In the same way, much later, the war in Liberia was almost never reported on British TV news because it went on for so long, because there were no TV reporters out there and because it overlapped with the First Gulf War.

I was thinking about this last night when I was watching vivid Al Jazeera reports on the civil war in Syria.

On the BBC TV News programmes last night – zilch, nothing, nada. Syria crops up occasionally but not regularly.

You would have thought that, with rolling 24-hour news channels, we would be getting more news, but we simply get the same news repeated every 15 minutes.

In a mainstream half hour BBC1 or ITV1 or Sky news broadcast we get, perhaps five news stories reported. Almost all are domestic UK stories.

‘Extended’ news coverage means Europe and the US.

To get regular news on Africa, Asia and Australasia, you have to watch Al Jazeera.

There is no reason why the BBC or ITN or Sky could not have a 15 minute slot every hour in which they report genuine World News. Quantity, in this case, is more important than in-depth reports.

Of course, the demand for what is happening in South America or South East Asia is not as high – unless there is a visually exciting tsunami.

I remember talking to a reporter on Granada TV’s World in Action programme years ago. He had risked his life in Nicaragua and Venezuela with bullets whizzing over his head and death threats from the government. But, he said, he knew that when his reports were networked on World in Action, they would get relatively low viewing figures… Whereas a relatively easy-to-make programme on the NHS or UK schools would get much, much higher viewing figures because those subjects touched people’s lives.

That is no reason, though, for not reporting what happens in the world.