Comic Louise Reay, her husband suing her and the destructiveness of publicity 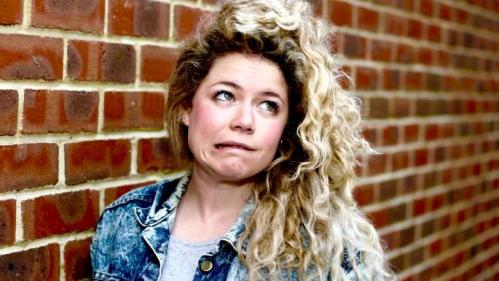 On Friday, I blogged a story about comic performer Louise Reay crowdfunding to cover her legal fees because her estranged husband is suing her as a result of her saying, he claims, something derogatory about him in her Edinburgh Fringe show back in August.

She had removed the reference after he complained so why he has decided to sue her now – in February – is beyond me.

But, leaving aside the rights and wrongs of the case – I have no idea what his complaint is and the preview show I saw in advance of Edinburgh was not derogatory about him – there is the Streisand Effect to take into consideration here.

I mentioned this is my blog last Friday.

I can do no better than to quote the current Wikipedia entry – if it’s in Wikipedia, it must be true…

“The Streisand Effect is the phenomenon whereby an attempt to hide, remove, or censor a piece of information has the unintended consequence of publicizing the information more widely, usually facilitated by the Internet. It is an example of psychological reactance, wherein once people are aware that some information is being kept from them, their motivation to access and spread it is increased.”

It dates back to 2003, when Barbra Streisand sued a photographer for violation of privacy by making an aerial photograph of her mansion publicly available amid a collection of 12,000 California coastline photographs which aimed to draw attention to coastal erosion.

The photograph she complained about had only, one presumes, ever been seen by coastline erosion enthusiasts and had only ever been downloaded six times (two of those were by Streisand’s attorneys). As a result of the legal action, more than 420,000 people visited the site over the following month.  (The lawsuit was dismissed and Streisand was ordered to pay the photographer’s legal fees, which amounted to $155,567.)

Last Friday, I blogged about Louise Reay being sued by her estranged husband over an Edinburgh show which, let’s face it – Louise is good, but – only a small number of people had ever seen.

On Saturday, the Chortle comedy website picked up the story.

On Monday, the Guardian newspaper was reporting it.

On Tuesday morning, it was on Channel 5.

By Tuesday teatime, it was on the BBC World Service.

By this morning – Wednesday – on a very superficial search (excluding blogs and social media mentions) these outlets (listed alphabetically) had reported the story:

Louise Reay’s husband is apparently suing her because he says she said things about him which will make people think less of him.

Apparently Louise Reay’s estranged husband is suing her for £30,000.

It seems to me that, if he is claiming damage to his reputation, then (if true) £29,999.50p of that damage would have been caused by he himself and 50p by anything a few people heard in less than a handful of shows in Edinburgh back in August 2017.

Do people take what comedians say in comedy shows seriously?

As Terry Christian said yesterday on The Wright Stuff on Channel 5: “Imagine how much money Les Dawson’s mother-in-law would have got.”

Someone on Facebook commented about Louise’s un-named husband: “He’s trying to tell the world he’s not a cunt by being an utter cunt.”

If it is possible under English law, I think Louise’s estranged husband would have a very strong case for suing himself for self-defamation of his own character.

Now THAT is an Edinburgh Fringe show I would pay to see.

MORE ON THIS STORY HERE